Urges State Governments to be proactive in Auctioning Mining Blocks

Union Minister of Coal,Mines and Parliamentary Affairs Shri Pralhad Joshi has said that Ministry of Mines is contemplating further amendment to the Mines and Minerals (Development and Regulation), MMDR Act to bring about tangible reforms in the mining sector of the country. He urged the mining sector to increase the contribution of the sector to the country’s GDP to 2.5 per cent. Addressing a function organized by the Ministry of Mines here today for handing over 100 G4 mineral blocks reports of Geological Survey of India (GSI) to different State Governments, Minister Joshi stated that Ministry of Mines is in the process of finalizing the accreditation process for private exploration entities.

The Minister called upon the States that received the mining block reports to act on the reports without any delay to make the auction process faster. He also directed the Ministry of Mines to make available more financial assistance

to States. Stating that proactive approach by State governments can bring about tangible reforms in mining, the Minister assured all assistance from the Centre.  Shri Joshi pointed out that despite having the fourth largest coal reserve, India is still importing thermal coal and our mineral potential is no way less than other mineralrich countries like Australia. 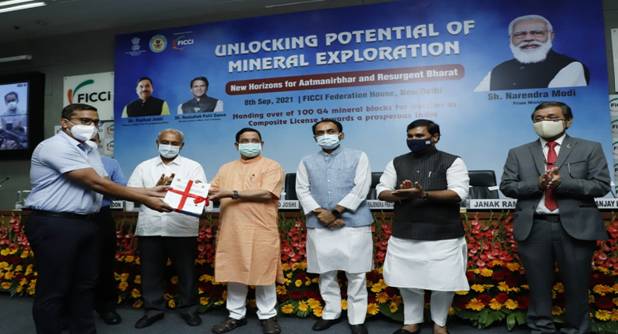 The Minister said that mining is crucial for both AatmaNirbhar Bharat as well as for India to become a USD 5-trillion economy. During the past decades this sector was mired in controversies and choked by political apathy. The present Government under the visionary leadership of Prime Minister Shri Narendra Modi has taken several transformative initiatives to invigorate the mining sector and also to accelerate mineral exploration in the country, Shri Joshi said. 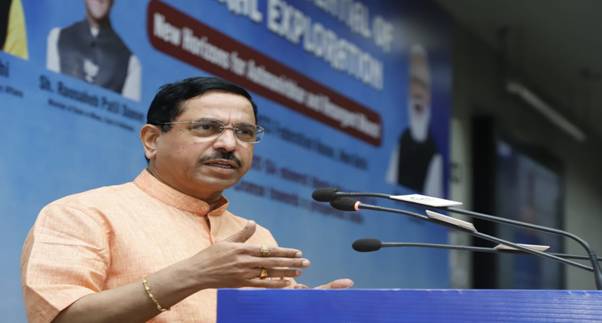 Addressing the function virtually,the Minister of State for Mines, Coal and Railways Shri RaosahebPatilDanve said that mining process by the States need to be initiated at the earliest so that other sectors like energy and transportation also get the right fillip.

Ministers from the states of Bihar, Karnataka and Madhya Pradesh who attended the function expressedtheir happiness for all the assistance from the Centre. Senior functionaries including Secretary, Ministry of Mines Shri AlokTandon, Director General, Geological Survey of India (GSI) Shri Rajendra SinghGarkhaalso attended the function.