Keels of the first warship of the Anti-Submarine Warfare Shallow Water Craft (ASWSWC) project and the third warship of Survey Vessel Large (SVL) project for the Indian Navy were laid virtually on 06 Aug 2021 by VAdm SN Ghormade, Vice Chief of Naval Staff. The ships are being built by GRSE as part of the indigenous shipbuilding program for construction of eight ASWSWC and four SVL for the Indian Navy. The ships are partly being built under a unique Public Private Partnership model by GRSE at L&T Shipyard, Kattupalli. The Keel Laying is a major milestone activity in the shipbuilding process and indicates the amalgamation of various blocks towards construction of a ship.

Speaking on the occasion, the Chief Guest appreciated the efforts put in by GRSE and L&T in achieving this milestone despite COVID constraints and resultant lockdowns. He called it a noteworthy achievement by the Shipyard and commended the professionalism displayed by all. He highlighted that construction of these vessels is a major boost for AtmaNirbhar Bharat and India’s ‘Make in India’ commitment with most of the weapons, sensors and equipment being indigenous.

He added that the ASW Shallow Water Craft equipped with state-of-the-art underwater sensors and weapons will boost the Navy’s ASW capability. The SVL ships capable of full-scale coastal survey, deep-water Hydrographic survey and determination of Navigational channels/ routes will also be fitted with state of art equipment.

Highlighting various challenges faced by the Shipyard in executing this complex shipbuilding project CMD-GRSE stated that despite challenges posed by the ongoing pandemic, production of the ships continued by utilisation of innovative solutions. He thanked the Indian Navy for their unstinted support and reiterated GRSE’s commitment to cater for the requirement of modern surface fleets. 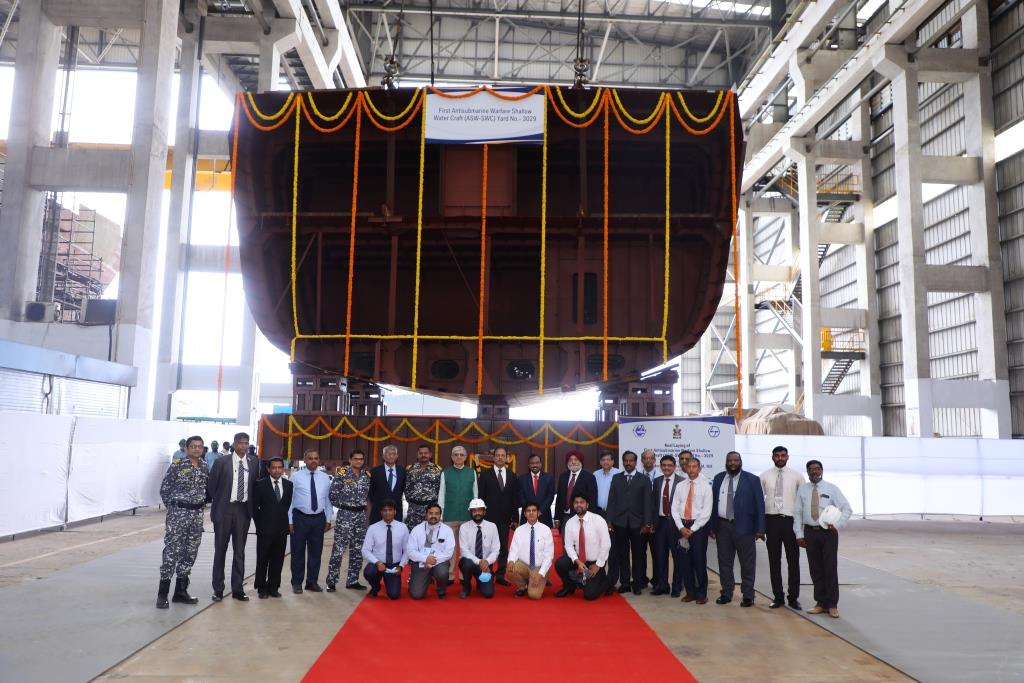