The Ministry of Coal , Govt. of India, organized a day-long workshop on “way ahead for Jharia and Raniganj Master Plan” at Central Coalfields Limited, a Jharkhand-based subsidiary of Coal India Ltd. today.  The workshop was aimed at expediting rehabilitation of affected families to safer locations in Jharia (Jharkhand) and Raniganj (West Bengal).

To avoid any natural mishaps at Jharia and Raniganj coalfields in Jharkhand and West Bengal, a master plan was drawn to rehabilitate the affected families to a safer location. Bharat Coking Coal Ltd(BCCL) and Eastern Coalfields Ltd(ECL)- both subsidiaries of Coal India- have active mines in Jharia and Raniganj respectively. 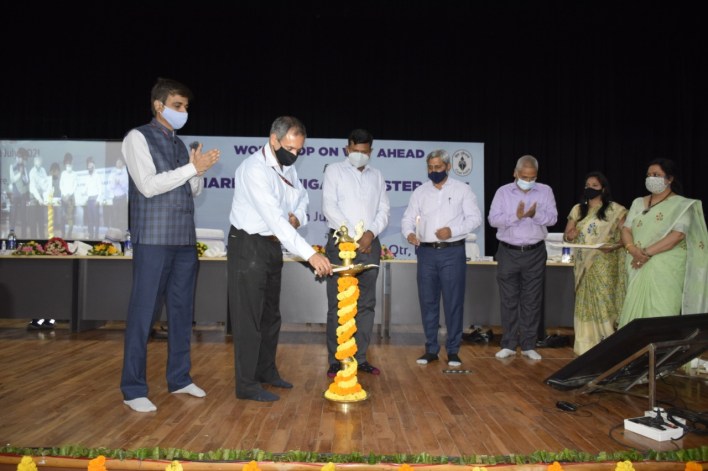 In the inaugural address, Additional Secretary, MoC Shri Vinod Kumar Tiwari pointed out that the government is very much concerned about the safety of humans living in coal-bearing areas in Jharia and Raniganj. He said that the company’s top priority should be to douse fire in Jharia by introducing new technologies. He further  said that ECL had proactively doused active surface fire areas but fire remains a challenge in Jharia.

Addressing the participants, Director Technical, CIL Shri Binay Dayal said that CIL is committed to solve the issue of fire in Jharkhand and many scientific studies have been carried out in the past. Secretary Mines, Govt of Jharkhand Shri K Srinivasan too emphasized the importance of minerals in the state including coking coal.

Prior to the technical session, CMD, CCL Shri PM Prasad, who has been given additional charge of BCCL, welcomed dignitaries and senior officials for participating in the workshop.

Two technical sessions were organized during the day-long workshop. First session was chaired by Joint Secretary, MoC Shri BP Pati,  in which present and former Deputy Collector, Dhanbad narrated the factual position of Jharia Master Plan. They said the Jharia Rehabilitation and Development Authority (JRDA) is prioritizing tasks so that the affected families get to safer locations. Shri Peeush Kumar was the co-chair of the technical session,

The second scientific session was chaired by Director BCCL Shri Chanchal Goshwami, in which Prof. ISM, Dhanbad Shri VK Sinha talked about the fire fighting at Jharia- efforts made in the past.