He reviews progress of ongoing and planned projects for Budgam District

Shri Rajeev Chandrasekhar, Union Minister of State for Skill Development and Entrepreneurship, Electronics and Information Technology, visited Srinagar, Budgam & Baramulla on a 2 day official tour to Jammu &Kashmir. The visit was a part of an outreach programme, initiated by the Government of India, wherein almost 70 Union Ministers shall be visiting the Union Territory of Jammu & Kashmir in the month of September and October. This is aimed at connecting with people at ground level and to monitor implementation of various Central Government Schemes in J&K.

During the visit, Shri Chandrasekhar inaugurated infrastructure projects at District Budgam, met scores of people including students, tribals, PRIs amongst others and held review meetings with District administration Budgam to track the pace of ongoing Developmental programmes worth Rs 790 Crores. He met a wide spectrum of people including Students, Farmers, Horticulturists, Tribals, PRIs, Skill trainers, traders federation, fruit growers association, youth clubs amongst others at Budgam District. He interacted with them in presence of officials from District administration to know about their aspirations and expectations.

After the interactive session, Shri Chandrasekhar spoke about the vision of Shri Narendra Modi and stated that “ The Prime Minister’s call for Mitigating Dil ki Doorie and Dilli Ki Doorie has established a direct connect with the people of J&K. It has resulted into a massive Government outreach programme of an unprecedented scale in the history of J&K. “. He further added that prior to October 2019, there was just one Minister working for J&K, now there are 77 Ministers working round the clock to serve the people of J&K”.

Shri Chandrasekhar visited the traditional Crafts cluster at Mirgund Pattan, Baramulla and was briefed by the CEO of Handicrafts and Carpet Sector Skill Council about the growth and prospects of the sector. He appreciated the ongoing training programmes and apprised everyone about the commitment of Narendra Modi Government to support traditional skills and craftsmanship. He also announced a new Pilot project on Skill Development in Budgam District, aimed at promoting traditional & heritage handicrafts and linking them with the industry for better employment opportunities. While addressing the trainees and other stakeholders of Sector Skill Council, he stated that “a roadmap must be prepared to increase the exports of these handicrafts to 10 times of the present value and this is very much achievable considering the immense talent and skill possessed by the local youth”

The Minister started his 2 day visit by paying obeisance at the holy shrine of Hazrat Sheikh Ul Alam. He inaugurated a new Sub District Hospital at Chrarisharief set up by the Health Department with a project cost of 11.30 crores. The Hospital shall provide quality healthcare facilities to the nearby villages and town of Chrarisharief. He also laid foundation stone for upgradation of a road from Chrarisharief to Batapora Haproo which shall improve the local connectivity.

Shri Chandrasekhar also chaired a meeting with the officials of District administration to monitor the progress of ongoing and planned projects for Budgam District.“There are projects worth Rs 790 Crores that are planned for the District”, he added. As stated by Shri Amit Shah, Union Minister of Home Affairs recently, the Government is also expecting fresh investments of around Rs 50,000 crores in the ensuing 3 years under the new industrial policy 2021-30 announced for the Union Territory. To streamline the delivery of citizen based services residing in far flung areas by leveraging Information and technology, District administration in association with NIC, had designed few mobile apps namely ‘ AurZuv’- providing information on Geo tagged healthcare centers and health e-services,’ Meri-Awaaz ‘ : an Online water bodies grievance redressal portal for protection and restoration of water bodies of District Budgam, ‘CoVID Care’: to monitor patient care at Block level and an app providing online Government services. These apps were launched by the Union Minister of State.

Shri Chandrasekhar concluded his visit with a message that “ In the next 2-3 years, the people of J&K will witness the results of a new roadmap of broad based development. The Prime Minister has a dream to envisage progress and prosperity of J&K”. He also expressed his gratitude to the people of J&K, Officials of District administration and others for their warm hospitality during his 2 day visit. 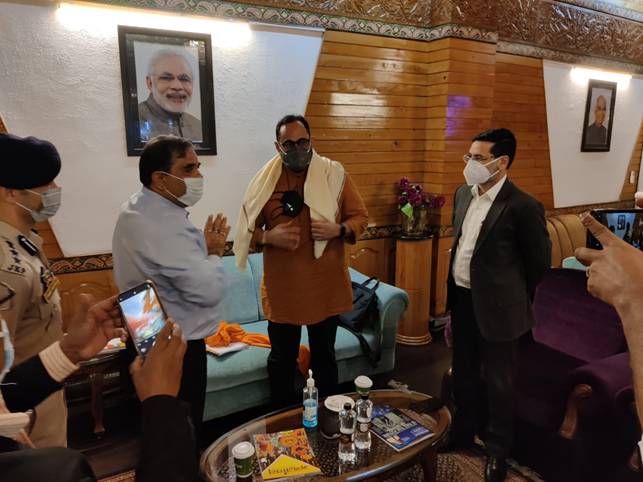 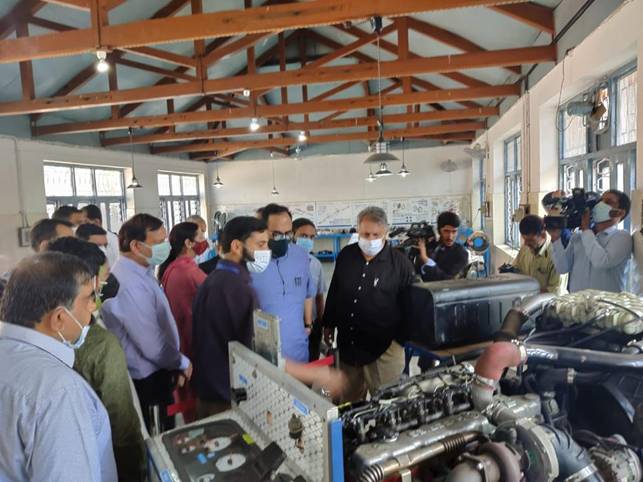 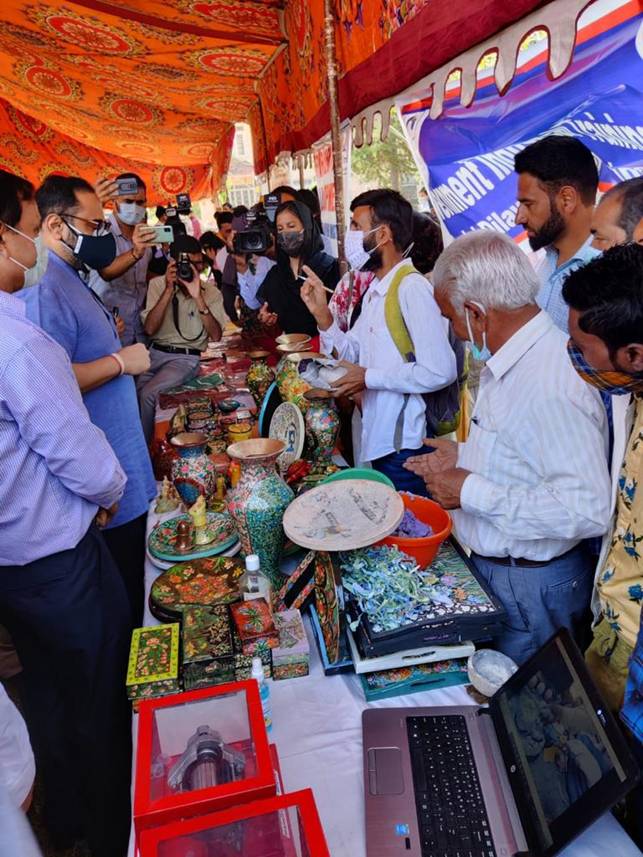