You are well aware of Prime Minister’s ‘Nation First, Always First’ and Union Home Minister’s spirit of just work and sensitive police, I am sure you will live up to their hopes and expectations

The Minister of State for Home said he appreciates the perseverance, dedication, honesty and contribution of the officers of the Indian Police Service in keeping the country united

A Passing Out Parade of Probationers of the Indian Police Service (IPS) of the 72nd Bach was held at the Sardar Vallabhbhai Patel National Police Academy in Hyderabad today. The Union Minister of State for Home Shri Nityanand Rai was the Chief Guest on the occasion. The Director of the National Police Academy Shri Atul Karwal and other senior officers also attended the programme. 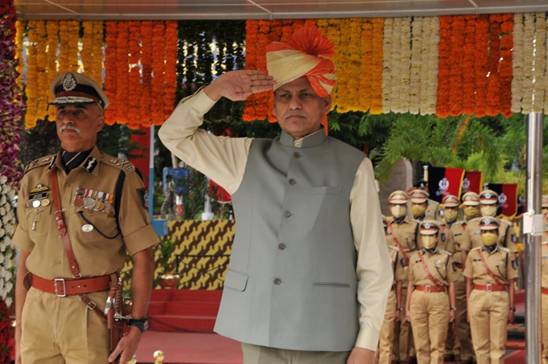 In his address, Shri Nityanand Rai said that the Iron Man of India, Sardar Patel had said that “the Union will go, you will not have a united India, if you do not have a good All India Service, which has the independence to speak out its mind”. The Minister of State for Home said that he appreciates the perseverance, dedication, honesty and contribution of the officers of the Indian Police Service in keeping the country united. He said above all, you must have the courage, not only to lead in the field, but also to take a moral stand for truth in any situation.

Shri Nityanand Rai said that you are well aware of the basic spirit of the Prime Minister’s ‘Nation First, Always First’ and Union Home Minister’s just work and sensitive police.I am sure you will live up to their hopes and expectations. The Union Minister of State for Home said the people want you to be the guardian of the law according to values such as justice, liberty, equality and fraternity enshrined in the Constitution of India. This will be possible only when you have fairness, integrity, humility, courage, commitment, teamwork and the ability to stand up for truth.Your values, attitude, personality and conduct must be of the highest order if you want to emerge as a true police leader. Policing should bring transformational leadership as a result of your professional competencies developed by the Academy. Shri Rai said that the officers should actively work towards community policing initiatives for better engagement with the people. Whatever initiative that is taken, can be fortified by the strength of the community.He said that crime against women and children remains a matter of concern in our society and it should be your prime responsibility to deal with them. Shri Rai said that he would like to urge that the officers train the men and women working under them on latest technologies, for at least one hundred hours every year, as unless they do not invest in the development of police personnel subordinate to them, they will not be able to get extraordinary results.

The Minister of State for Home said that the country remains entangled in serious problems such as terrorism, insurgency, communalism, religious fundamentalism, Left Wing Extremism, cybercrime etc.,and conspiracies keep happening. He said that the Prime Minister and the Union Home Minister and citizens believe that the young officers of Indian Police Service will do the important job of saving this great nation and its citizens from these dangers. 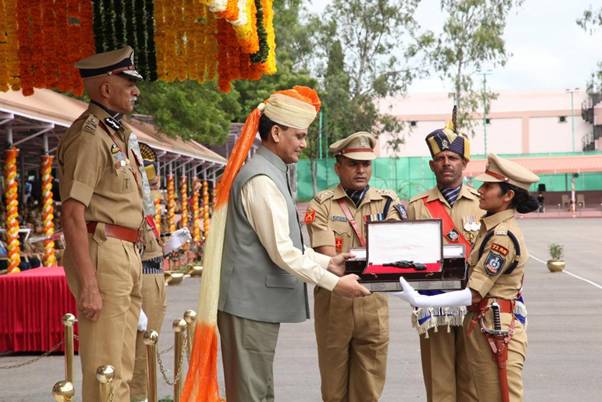 Shri Rai said the nation is indebted to police officers and personnel of police forces, who have laid down their lives at the altar of duty to maintain the security of this nation. Police personnel have also been ‘frontline warriors’ in the current pandemic and more than 2,000 police personnel have made the supreme sacrifice in this fight. I express my deep respect for their commitment and dedication to duty.

The Minister of State for Home said that the Passing Out Parade is a matter of pride in the life of every uniformed officer. These are moments of honor and achievement that they will always remember as they take the first step in the service of the Nation. He said there also are 33 women police officers in the parade. He congratulated them for their achievements in the Indian Police Service and said we look forward to more women joining this Service.Shri Rai said that he congratulates all the Probationers on the successful completion of the challenging training they have undergone. He also congratulated all the trophy and medal winners. The Minister of State for Home hoped that the young police officers would live up to their idealism and standards of excellence and the values ​​enshrined in the Constitution of India and the countrymen would be proud of them. 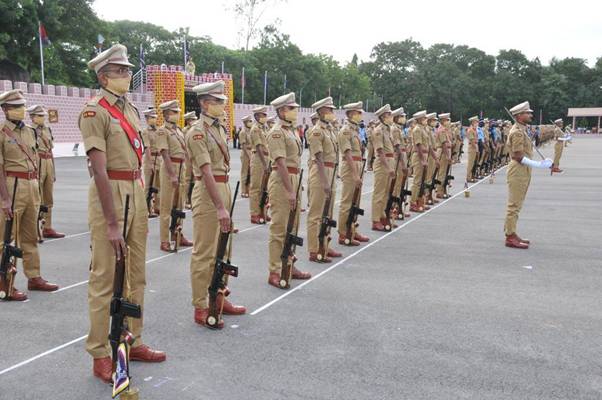 Shri Nityanand Rai said that he is happy to know that officers from the Royal Bhutan Police, Maldives Police Service, Mauritius Police Force and the Nepal Police Service are also participating in this passing out parade. He congratulated them on this momentous occasion and said he is confident that the ties that have been built during the training will further strengthen the friendly relations between our nations.

144 young IPS Probationers including 33 women officers participated in the parade. This year both top positions were won by women officers. Ms. Ranjeeta Sharma of Rajasthan cadre was adjudged the best all round IPS Probationer. The Minister of State for Home presented her with the Prime Minister’s Baton and the Home Minister’s Revolver. Ms. Shreya Gupta of Tamil Nadu cadre was awarded the Bhubananda Misra Memorial Trophy for the second best all round Probationer. A total of 34 foreign Probationers including 10 from Nepal Police, 12 from Royal Bhutan Police, 7 from Maldives Police Service and 5 from Mauritius Police Force also participated in the parade.