Reaching ‘net zero’ alone is not enough; need of the hour is deeds and not plain words to deal with climate change: Shri Bhupender Yadav

Minister for Environment, Forest and Climate Change, Shri Bhupender Yadav today said that the need of the hour is ‘deeds’ and not ‘plain words’ to deal with climate change and that reaching ‘net zero’ alone is not enough,emphasising that the Intergovernmental Panel on Climate Change (IPCC) report published recently is a clarion call for the developed countries to undertake immediate deep emission cuts and decarbonize their economies.

Spoke at a session on ‘Future of Sustainable Technologies in India-Europe Partnerships’ organised by @ficci_india and talked about key issues of climate justice and sustainable lifestyles. Underlined that ‘net zero’ alone is not enough. We need deeds, not just plain words. pic.twitter.com/3S1F9tQHDv

The Union Minister who was speaking at the LEADS (Leadership, Excellence, Adaptability, Diversity and Sustainability) event organized by FICCI under the theme- “Future of Partnerships”, highlighted the key issues of climate justiceand sustainable lifestyle which have been prioritized by Prime Minister Shri Narendra Modi.

Shri Yadav informed the gathering about the initiatives taken by India in the last few years, both nationally and globally for promoting renewable energy notingthat the country’s renewable power capacity is currently the 4th largest in the world.

The Minister further said that the energy transition in different parts of the world will be different and India has much to offer and share in terms of its experience with other countries embarking on a similar journey to address energy access issues, while also addressing the growing energy demand with renewable energy.

The Minister stated that developed Countries, however, should also provide lead markets for products of green technologies and drive down costs, such that these can be deployed in developing economies at scale. 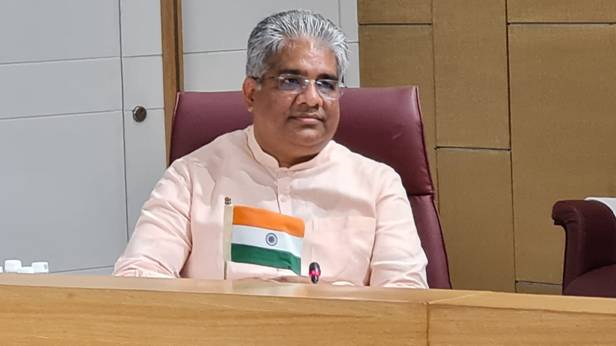 India has engaged in bilateral engagements with Germany, UK, and Denmark in the energy sector in the European Region. As a result of these engagements, many significant achievements could be made in the area of sustainable and green technologies.

Speaking on the role of the private sector in creating low-carbon sustainable economies, Shri Yadav said that the private sector companies should be encouraged to develop voluntary roadmaps for the transition towards low carbon pathways and urged Indian companies especially in the hard to abate sectors like steel, cement, shipping, etc. to join “Leadership Group for Industry Transition” which is a global initiative spearheaded by India and Sweden.