All these players are employees of PSUs of MoPNG;

Reward of Rs 15 lakh announced to each of the 11 players; 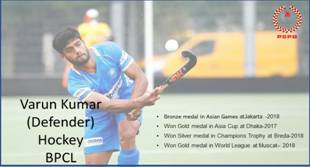 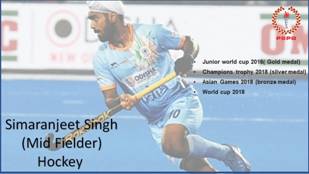 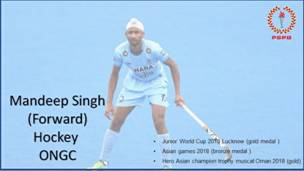 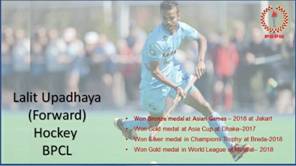 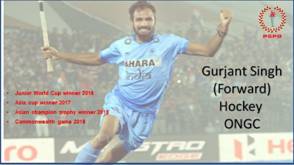 Expressing immense happiness and pleasure, Shri Puri said that the hockey stars brought glory to India, after a gap of 41 years by winning the Bronze medal. He announced a reward of Rs 15 lakh to each of the 11 players, who were part of the 18-member team. The Minister also announced that these players will also be given one out-of-turn promotion by their respective organization for the outstanding performance in Tokyo.

Shri Puri said that it is a matter of delight that the Ministry of Petroleum and Natural Gas is part of the re-scripting of history in the field of hockey. He said that Petroleum Sports Promotion Board (PSPB) with the support of 15 PSUs continues to promote and encourage the sports and sportspersons, by continuously conducting sports activities, camps and providing scholarships. Due to these consistent efforts, this year in Tokyo Olympics, 22 players in 6 disciplines were from the petroleum sector. Shri Puri expressed the confidence that the Indian players will keep putting their best performance and bring more medals in the years to come. He also congratulated the women hockey team for their superlative performance. The Minister assured the players of the Government’s full support in their endeavours. He said that these stars have rekindled the spirit that Indian hockey is back in action.

Shri Teli said that Hockey is a popular sport of the country, and is being played in villages, towns and cities. He said that the Indian hockey team, both men and women, have brought laurels to the country. Congratulating the players, he expressed the hope that in future, they will continue to make the country proud by their performance.