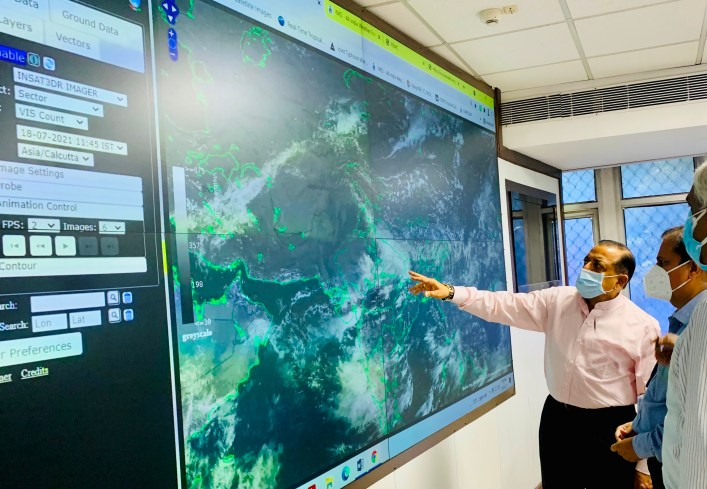 The Minister spent over an hour, personally studying the Southwest monsoon trends. He also went to the exclusive Satellite and Radar Sections, and discussed the process of procurement of data on a real-time basis.

Dr Jitendra Singh was informed by the officials that, at present, besides other state-of-art equipment, IMD has 27 radars spread across the country. The number of radars will go up to 50 in coming  years, he was told. 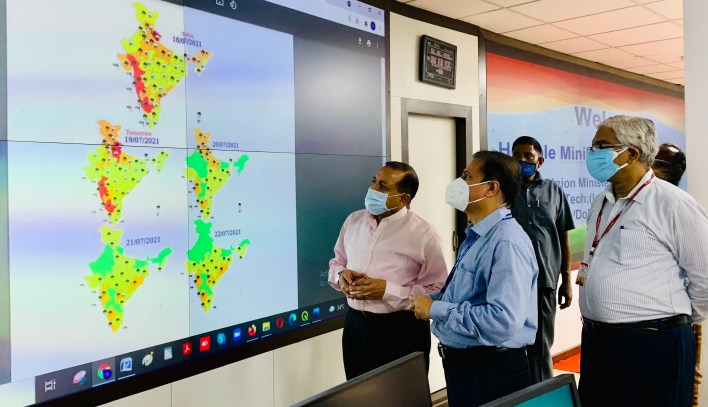 While going around the various processing equipment, Dr Jitendra Singh showed keen interest in understanding the analysis of images received through ISRO satellites. He also received an update about the variations in Delhi’s air quality. Stating that weather forecast data analysis is a complex exercise, Dr Jitendra Singh urged the scientists at the IMD to further focus on more accurate forecasting. He asked the officials to step up people-oriented services, particularly for the agriculture sector and disaster areas like flash floods, cyclones and rain downpours, by using Apps and other such latest hi-tech options.

Speaking at a brief presentation the Director General, IMD Dr.MrutyunjaMohapatra informed the Minister that this year the monsoon rainfall was 10 percent above normal in the month of June, but 26 percent deficient till date in July.

For the benefit of farmers, using the portal Mkisan of the Ministry of Agriculture, IMD is at present sending more than 42 million SMS twice a week to farmers across the country, the Minister was told. Dr.Mohapatra said that India is one of the five countries in the world to have the most modern Lightning forecast system in place.

The Hydromet Services of IMD using Radar technology enables flood forecasting in riverine areas. Apart from city specific forecasts, information on flash floods in South Asia is also given through this service.