India is fully capable of harnessing with the best scientific minds that we have in our country, says Secretary Consumer Affairs

Secretary, Consumer Affairs, Smt.LeenaNandanvirtually inaugurated the event today which was attended by eminent scientists and experts from across the country.

It is pertinent to mention here that the institute has witnessed dedicated works by several scientific luminaries. Dr. S. Venkateswaran and Dr. Krishnan, Scientists at NTH worked as research associates of Sir C.V. Raman and undertook tests and discoveries in NTH laboratories on the subject “Weak Fluorescence” of glycerine which led to the discovery of “Raman Effect”.  Sir C.V. Raman was awarded the Nobel Prize in Physics for the discovery of “Raman Effect” in the year 1930.   Sir C.V. Raman in his Nobel Prize winning speech at Swedish Academy in 1930 acknowledged the contribution of Dr. S. Ventakeswaran, Scientist at GTH (Now NTH) for discovery of the “Raman Effect”. 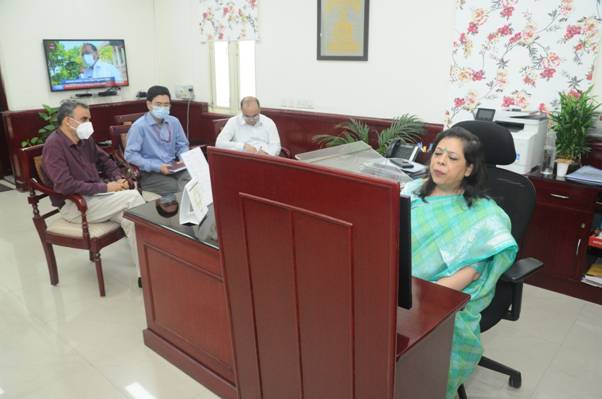 While addressing the event, the Secretary threw light on how the contribution of NTH has made lives simpler for people of the country. She gave the example of a pressure cooker and said, “The NTH today is associated with big and small discoveries that has made our lives easier. The humble pressure cooker which today is an integral part of all households was developed with the contribution of scientists at the NTH,” adding that several developments in the field of civil aviation are also to the credit of the institute.

She shared that the Government Test House (Later known as National Test House) was created in the year 1912 at Alipore in South Calcutta, and has contributed immensely to scientific theory, discoveries and practical product development.  NTH is undertaking commercial, industrial testing and quality assurance of products produced and sold in the country.

The Secretary talked about the portal ‘Parakh’ developed by Department for Promotion of Industry & Internal Trade (DPIIT) and said that it is another step towards Atmanirbhar Bharat.

“The portal focusses on bringing all laboratory infrastructure under one roof so that industries can be aware of where are the laboratory testing facilities available, what is the strength of a lab and what is the time it would take for their product to get tested. With BIS and NTH labs coming onto ‘Parakh’portal, the time has come where we can work together to achieve the goal of scientific development in the country, to address the needs of our billions of Indians and to harness our strengths to become truly Atmanirbhar Bharat in every respect and in fact to show the world the new developments that India is fully capable of harnessing with the best scientific minds that we have in our country,” she said. She congratulated NTH for its initiative to offer annual projects and scholarships to meritorious engineering and science students on testing of nano materials, packaged drinking water and materials welding technology from the year 2022.  These students are to be selected from 3rd or 4th year of Engineering / Science Streams from Universities / Colleges across the country.

In this regard, she said, “We must remember that nothing is possible without inquisitive minds and curious thinking and that is something that the youth of our country is best attuned to.” 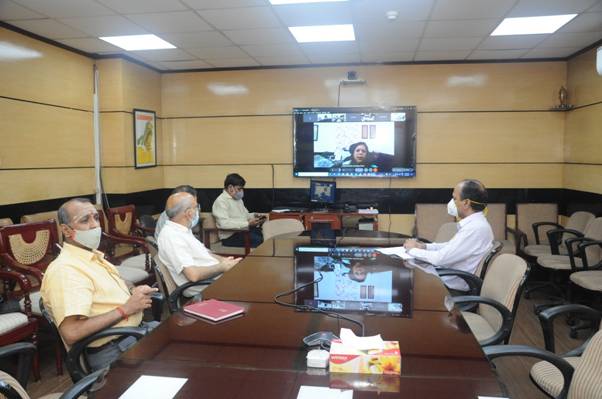 Dr. P Kanjilal, Director General, NTH talked about the scientific developments, discoveries and contribution of the institute towards strengthening infrastructure.

In the process of continuous development and to keep pace with emerging consumer and industry requirements, NTH has introduced the following test facilities: