Success is a habit for her


India’s ace shuttler P.V. Sindhu has become a household name after she created history in the Tokyo Olympics-2020. She became the first Indian female athlete to get back to back medals in Olympics. Earlier, she had won a silver medal in the Rio Olympics. Maintaining the same winning streak, Sindhu bagged the bronze medal at the Tokyo Olympics after defeating He Bingjiao of China 21- 13, 21-15. 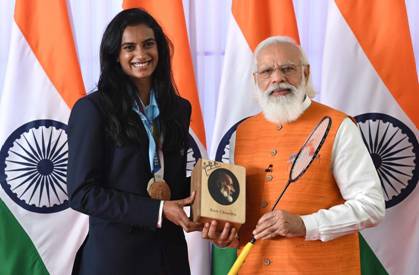 Sindhu has already been making India proud through her stellar performances whether it is World Championship or the Olympics. She has made success her habit and her journey is still on. Imagine the value of the badminton racket with which Sindhu created history. It is priceless, no doubt. But anybody can own that racket. Yes, you heard it right. You can be part of the invaluable racket in the interest of the nation. 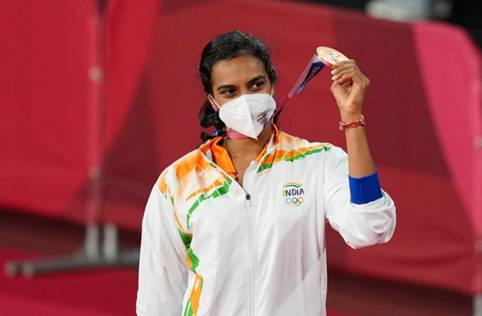 After mesmerizing the nation through her performance in the Olympics, Sindhu presented her racket to Prime Minister Narendra Modi soon after her return to India. As you are aware the e-auction of the gifts received by the Prime Minister has started. And Sindhu’s racket has also been included in the list of items that are being auctioned. This e-auction which began on September 17 will continue till October 7. You can be a proud owner of the racket of the famed shuttler. All you need to do is to participate in the e-auction by simply logging on to www.pmmementos.gov.in. The base price of Sindhu’s racket has been kept at Rs. 80 lakhs.

The gifts received by the Prime Minister have also been auctioned in the past. The last time such an auction took place was in 2019. The government had received Rs 15.13 crore in that auction. Under the guidance of Prime Minister Narendra Modi, the entire amount was deposited in ‘Namami Gange Kosh’ to make Ganga clean and pure. This time also the auction proceeds will go to ‘Namami Gange Kosh’.

Why Does Your eCommerce Website Fail in Conversion? Top Ways to Get Success 
12 hours ago

Popular Posts
Load More
Business
Why Does Your eCommerce Website Fail in Conversion? Top Ways to Get Success 
12 hours ago