Chairs the Indo-Swedish meeting on Science and Technology and Innovation 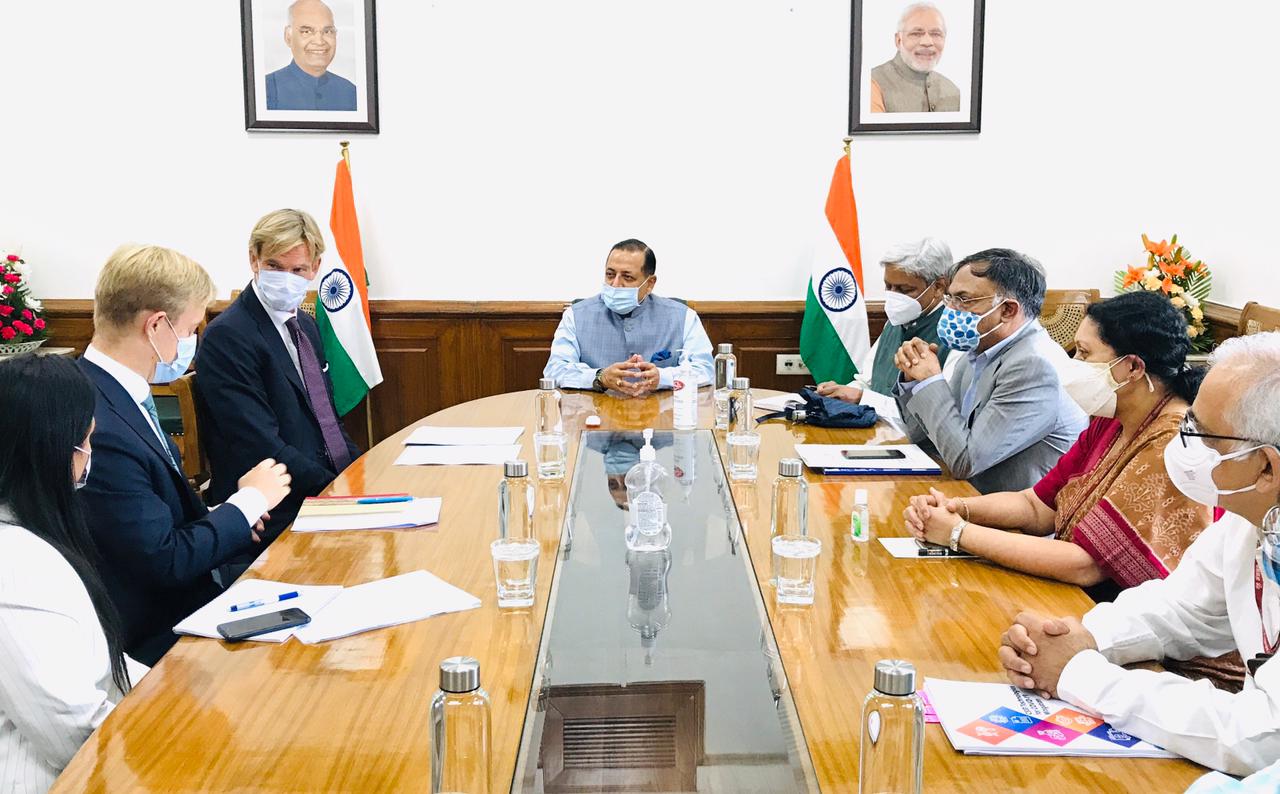 Dr Jitendra Singh said that under Prime Minister Narendra Modi’s leadership Science and Technology got special impetus in the last 6-7 years and the scientific pursuits and endeavours are being assigned special importance. He said, the ultimate goal of all Scientific Innovations should be that it reaches every household like happened in case of Space Technology. He said, India and Sweden are best positioned to take the S&T partnership forward and particularly emphasised the early operationalisation of Smart Grid Project in the wake of challenges of Climate Change.

Dr Jitendra Singh said, both the Governments proposed to launch a new joint call on Circular economy including the themes such as Health Science and Waste to Wealth by the Department of Science and Technology, Department of Biotechnology and Swedish VINNOVA soon. The Minister recalled that Joint Declaration on India-Sweden Innovation Partnership and the Joint Action Plan adopted during the visit of the Prime Minister of India in April 2018 identified the Energy Sector as an important area for taking forward concrete cooperation between the two countries. He said, the 6th Joint Committee held on 2nd May 2019 between two countries identified several important themes for S&T cooperation such as Smart Cities, Clean Technologies, Circular economy etc.

In his address, Ambassador KlasMolin said that the cooperation is happening in an organic fashion and it has the blessings of top leadership from both the countries. He also called for a Joint Action Plan for a sustainable future and creation of more employment opportunities in both the countries. He said, the number of Indian Skilled Workers are continuously growing in Sweden as roughly 50,000 are currently gainfully employed.

Prime Ministers of India and Sweden recently had a meeting on 5th March 2021 in which Science, Technology and Innovation Cooperation welcomed the launch of a second joint industrial R&D call on Smart and Sustainable Cities, Transport Systems, Clean Technologies and Digitalization and Internet of Things under India-Sweden Collaborative Industrial Research & Development Programme, and welcomed cooperation in Smart Energy Grids amongst many other things.

On the day of virtual summit, 5th March 2021, both the Governments, through DST and VINNOVA (Swedish Research & Development Agency) launched joint call on Smart Cities, Clean Technologies, Digitalization including Internet of Things, Machine Learning etc. Under this call, 22 applications have been received jointly from various sector like IOT, AI, Healthcare, Solar, Smart Grid, Smart transport and Cleantech. The evaluation of these project proposals is in process.

The program aims to foster and support the development of collaborative R&D projects that bring together companies, research organizations, academics and other collaborators from both countries for the joint development of innovative products or processes in the following technology sectors:

This may include, but is not limited to: