Keeping in line with the Hon’ble Prime Minister’s call for “Atmanirbhar Bharat” aligned to the slogan of “Be Vocal for Local Buy Tribal”, towards realizing the goal of “Sabka Saath, Sabka Vikas”, TRIFED has embarked upon an umbrella programme “Pradhan Mantri Janjatiya Vikas 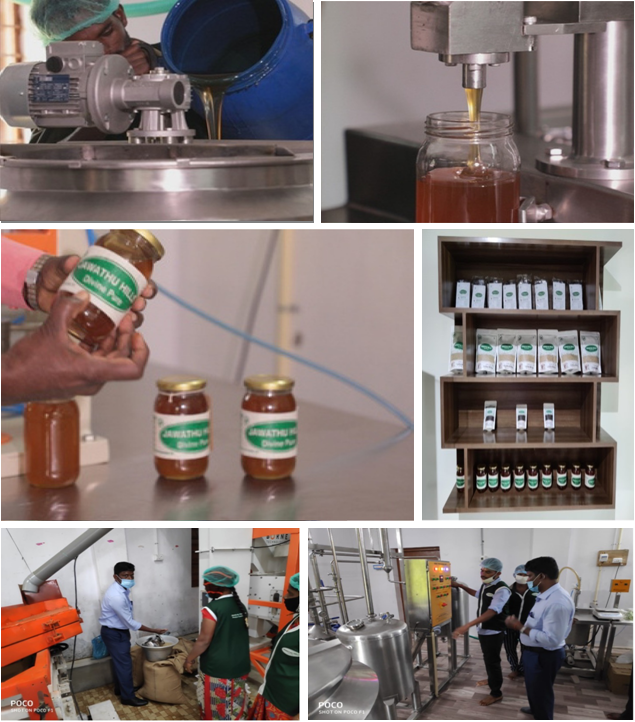 200 Van Dhan producer companies are planned to be set up in 27 States during 2020-21 to 2025-26 with priority in Aspirational Districts under Van Dhan programme of TRIFED. It is worth mentioning that a Van Dhan Producer company existing in Jawadhu Hills in Tiruvannamalai district, Tamil Nadu since 2020 is a noteworthy example of how this initiative benefits the tribals and promotes tribal entrepreneurship.

Situated in the Tiruvannamalai district of Tamil Nadu, Jawadhu hills is an extension of the Eastern Ghats. The Malayali tribal people constitute 92.60% of the total population in this block and their mainstay is through the non-timber forest produce and a variety of trees grown on this patta land such as tamarind, jackfruit, coconut, lemon and plantain and gooseberry.

To help these tribals empower themselves and gain better opportunities and market access, the Jawadhu Hills Tribal Farmer Producer Company was formed in 2020. It falls under theState Balanced Growth Fund for Value Addition of Non-Timber forest Product and Agricultural Products of Jawadhu hills, Tiruvannamalai District (SPV). The Company has been formed under the Companies Act 2013(18 of 2013) and is limited by shares. It consists of members of farmers interest groups, producer groups and self-help groups that have been formed at community level. The entire team of directors and key managerial persons of the FPO are tribals.

In less than a year, four manufacturing units have already been set up for the processing and packaging of tamarind, minor millet, and honey and pepper. The units, which are being run by the tribals, have started production in November 2020. The daily production capacity is 1 tonne. Up until now, in less than 4 months, the producer company has sold processed products up to Rs 12 lakhs. The FPO has already been registered as a seller in the Tribes India marketplace and has been selling nine of its processed produce through the platform, thus gaining a wider market for its goods.

124 tons of minor millets have been produced in the year, with a total of 9800 households cultivating minor millets. Around 17770 farmers are involved in its cultivation. The producer company will benefit around 17770 millet producing farmers.22 tons per year honey is produced in Jawadhu hill with a total of 2760 members involved in producing honey as a part of 120 SHGs. Therefore, the Jawadhu Hills producer company is targeting to improve the lives and livelihood of 2760 honey producers.9500 households and 300 SHGs are involved in Tamarind Production & Selling Process. More than 90 tonnes of tamarind are being produced in these hills.

Besides the farmer producer company, which was formed only in 2020, the tribals of the block were already members of existing Van Dhan Kendras in Tiruvannamalai district – Jawadhu VDVK, Jamunamarathur VDVK and Koottathur VDVK. These continue to be operational under the FPO. Tribals have been earning their livelihoods through the addition of value and processing non-timber forest produces or Minor forest produces through these VDVKs.

The Jawadhu Hills producer company has been formed with an aimto improve the quality of life and social status of tribals involved. This is an example of how the Van Dhan tribal start-up has been successful in improving the livelihoods and incomes of the tribal people across the country.

The Van Dhan tribal start-ups, a component of the same scheme, is a programme for value addition, branding & marketing of Minor Forest Produces by establishing Van Dhan Kendras to facilitate creation of sustainable livelihoods for the forest-based tribes. It has emerged as a source of employment generation for tribal gatherers and forest dwellers and the home-bound tribal artisans.

TRIFED is also expanding the Skills Development and Micro entrepreneurship programme, together with the Tribal Livelihoods program. Convergences with various Ministries and Departments such as Ministry of Rural Development (MoRD), Ministry of Small and Medium Enterprises (MSME), Ministry of Food Processing Industries (MoFPI), Ministry of AYUSH have been initiated by TRIFED all with the aim of improving sustainable livelihoods and income opportunities for these tribals.

With Ministry of Agriculture & Family Welfare, TRIFED will work towards the formation of 14 Honey FPOs in 8 States such as Chhattisgarh, Gujarat, Himachal Pradesh, Uttarakhand, Karnataka, Tamil Nadu, Andhra Pradesh and Odisha.