Curtain Raiser for the Mega Conference of Science Communicators Several unsung scientists and science communicators were involved in the struggle and challenges during the freedom movement of India. They faced discrimination and negligence by the British authority. In spite of those unfavourable situations, our scientists and science communicators kept on doing science as well as communicating science for the development of nation and society. This “Science communicators Mega Conference on India’s Independence movement and Science” will be organized in October20-21, 2021. This conference is a joint endeavor of Vigyan Prasar (An Autonomous Institute of the Department of Science & Technology, Govt. of India), CSIR-National Institute of Science Communication & Policy Research, and Vijnana Bharati (VIBHA). Azadi Ka Amrit Mahotsav (celebration of 75th Year of India’s independence) is the fundamental inspiration behind this conference. The year-long Science celebrations will witness interactions at different levels through exhibitions, conferences, competitions, science films, posters, Vigyan Yatras and presentations. The national level mega conference will comprise of over 4000 science communicators who will percolate the message to the grassroot level of the society. The motive is to inform the society about the contributions of scientists during the freedom movement, their struggles and achievements.

The curtain raiser programme of the above said mega conference was organized as the prelude on 11 & 12 August 2021 at the CSIR-National Physical Laboratory auditorium, New Delhi in hybrid mode.

On 11th August, 2021, Shri Nimish Kapoor, Scientist, Vigyan Prasar presented a snapshot of the history of science before Independence and the significant role of scientists and science communicators in building the nation. 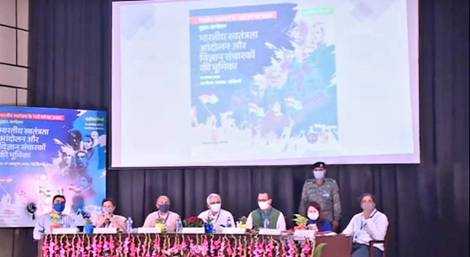 National Organising Secretary of VIBHA, Shri Jayant Sahasrabudhe sharing the basic thoughts behind organizing Amrit Mahotsav said, “We should not only limit our celebrations to the freedom fighters who sacrificed their life for the Independence, but need to remember the vision of those great scientists who stood for their scientific thinking even during the adverse situations.” Refereeing to the Plassey Battle in 1757, he pointed out that the Britishers carried out a survey of India scientifically in 1767 before defeating King Peshwa in 1818. He highlighted the contributions of Dr Mahendra Lal Sarkar, who had set up the first scientific association in India, and that of Acharya Praful Chandra Ray, known for setting up the chemical industries and Jagdish Chandra Bose, who protested against the Britishers by not taking the reduced salary. Jagdish Chandra Bose was the first person who did ‘Satyagrah’ for his right.

Dr Shekhar C. Mande, Director General of CSIR was the Chief Guest at the curtain raiser event. He emphasized that every citizen of India should develop a scientific temper as per the provision mentioned in the Constitution of India 51 (h). 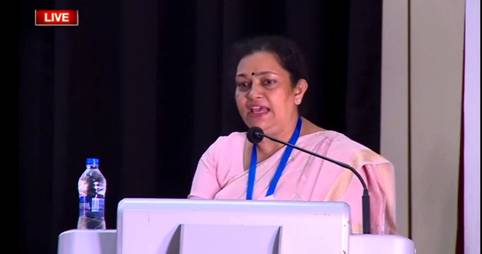 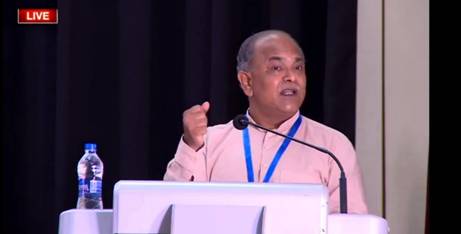 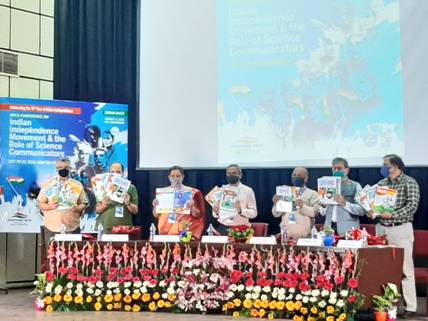 Prof Sanjay Dwivedi, Director of Indian Institute of Mass Communication (IIMC) stressed upon the life style of PC Ray as ‘Simple living and scientific thinking’ and emphasised the use of science for the welfare of community and not earning alone. He referred to the slogans of Ch. Charan Singh “Jai Jawan, Jai Kisan’, modified by former Prime Minister Atal Bihari Vajpaee as “Jai Jawan, Jai Kisan, Jai Vigyan’ and recently improvised upon the Prime Minister Shri Narendra Modi ji as “Jai Jawan, Jai Kisan, Jai Vigyan, Jai Anusandhan’ as relevant and apt slogan in the present scenario.

Ms Kiran Chopra, Director of Punjab Kesari, Hindi Newspaper offered to set apart a space for Science articles and news on every Friday. She highlighted the role of various freedom fighters in disseminating information through leaflets during the freedom movement which later took the shape of a newspaper. Prof K G Suresh, Vice-Chancellor, Makhanlal Chaturvedi University of Journalism stressed upon the need to have a compendium of scientists, who played the role of a catalyst to change the mind-set of general public in the freedom struggle. He also suggested that the message of the scientists’ contributions must be shared to the young generation through present day’s attractive formats such as comic and animation. Prof. Suresh joined this event virtually.

Shri Omkar Rai, Director General, Software Technology Park of India and National Secretary, Vijnana Bharati said that we cannot be self-reliant unless we have self-esteem and such conference can create a feeling of self-esteem, confidence and pride among the public towards the contributions of scientists and science communicators.

At the end of the curtain raiser, vote of thanks was proposed by Dr Arvind C. Ranade, Scientist with Vigyan Prasar. This curtain raiser was attended by around 70 people in person following the COVID protocols and hundreds of science lovers witnessed this event virtually.