As part of the ‘Amrit Mahotsav’ celebrations, Rural Self Employment Training Institutes organized around 87 ‘mobilisation camps’ across the country between 30th July and 5th August, 2021. Azadi Ka Amrut Mahotsav is a series of events to be organised by the Government of India to commemorate the 75th Anniversary of India’s Independence. The Mahotsav will be celebrated as a Jan-Utsav in the spirit of Jan-Bhagidari throughout the length and breadth of the country.

A total of 87 mobilisation camps were organised across 87 districts in 19 states and 2 UTs. During the mobilisation drives, not only were the participants made aware of the variety of courses they can select from but activities like plantation drives, mask and ration distribution etc. were also weaved in to attract larger numbers.

A total of 37.81 lakh candidates have been trained under RSETIs in 64 courses (59 National Skill Qualification Framework (NSQF) aligned and 5 MoRD approved) and 26.65 lakh candidates have been settled into self-employment. The programme is currently being implemented in 28 States and 7 UTs with 585 functioning RSETIs sponsored by 23 leading Banks (both public and private sector as well as a few grameen Banks).

RSETI (Rural Self Employment Training Institutes) programme is a three-way partnership between Ministry of Rural Development, State Governments and Sponsor Banks. The Banks are mandated to open at least one RSETI in their lead district to provide training to rural youth to take up self-employment/ entrepreneurship ventures. RSETI program runs with an approach of short-term training & long-term hand holding of entrepreneurs. Rural poor youth between the age group of 18-45 years  are eligible to join trainings. The RSETIs have become established as pioneers in capturing the aspirations of the rural poor youth and turning them into profitable entrepreneurs by training them in domain and entrepreneurial skills.

Mobilisation camps are an integral component of the programme as these provide ample opportunities to reach out to probable candidates and inform them about the scheme and its provisions. Amongst the activities conducted during such drives, attendees are made to play a number of financial games. 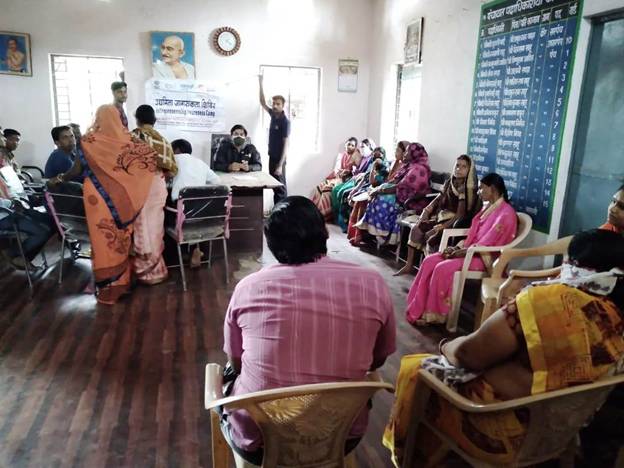