Government reaches out to Mumbai’s minority communities, on POSHAN Abhiyaan


Pregnant Women’s health should be a joint responsibility of the family: Union Minister Smriti Zubin Irani

These programmes have been organized jointly by the Union Ministry for Women and Child Development and Union Ministry for Minority Affairs, for the benefit of women belonging to various minority communities living in disadvantaged localities of Mumbai.

During the day-long programme, the Union Ministers interacted with members of Muslim, Buddhist, Jain, Sikh, Christian and Parsi communities. The interactions were with Muslim community at Anjuman-I-Islam Girls School, Bandra; with Jain, Sikh and Buddhist Communities, at Mahatma Gandhi Seva Mandir Hall, Bandra; with the Chrisitan community, at Our Lady of Good Counsel High School, Sion, and with Parsi community, at Parzor Foundation at The Dadar Athornan Institute, Dadar.

Addressing members of the minority communities, the WCD Minister Smt. Smriti Zubin Irani highlighted that Prime Minister Narendra Modi has turned women’s issues into a social issue. ““Discussions on maternal health are no longer just confined to women. Nowadays, men are also thinking about women’s health. Pregnant Women’s health should be a joint responsibility of the family”, she added.

Speaking on the importance of good nutrition, the Minister said that Poshan Abhiyaan is a social movement. “Along with the Ministry of Minority Affairs, we are today trying to take it forward amongst the minority communities. Each citizen has to resolve to give it due importance in his or her life. If we want to be able to tell the world that not a single child in India suffers from malnutrition, then it is important for members from all communities to come forward.” Cleanliness too is very important for nutrition, she added. 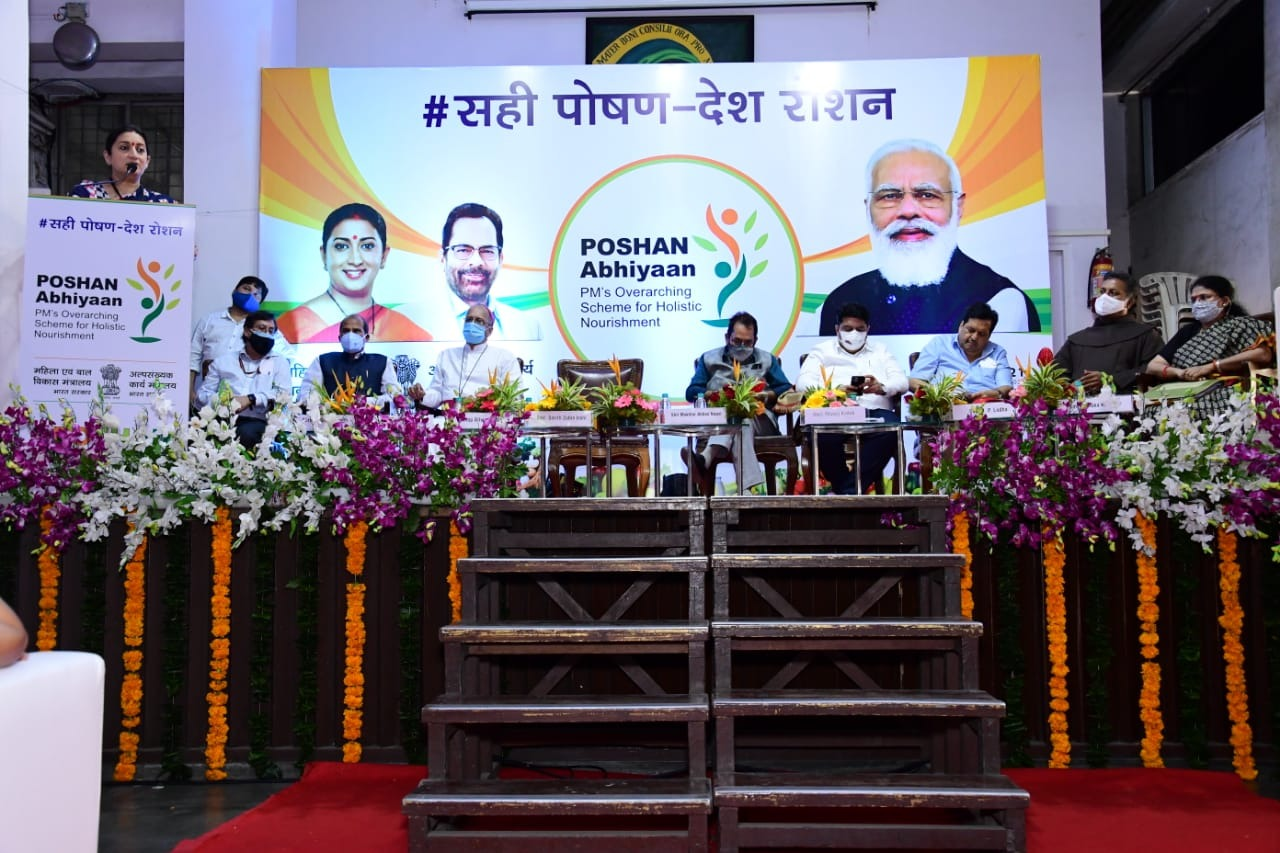 Smt Irani further informed that, under PM Matru Vandana Yojana (PMMVY), a lumpsum is provided in the bank accounts of poor, pregnant women, to provide for their nutrition, vaccines, institutional delivery and wage loss. “Till date, under PMMVY, the Government of India has transferred Rs 8,800 crore in the bank accounts of over 2 crore beneficiaries.” The Minister urged public representatives to ensure that the benefits of PMVVY reach needy pregnant women in their respective constituencies.

The WCD Minister also informed that 13 crore community-based programmes were carried out in the year 2020, following all COVID-19 protocols. “Under the Poshan Abhiyaan, 10 lakh Anganwadis have been provided with growth monitoring devices. Mobile phones have been provided to 9 lakh Anganwadi centres in the country. Today, with the help of Poshan Tracker, 9 crore pregnant women, lactating mothers and children are being monitored by the Central and State/UT Governments.” 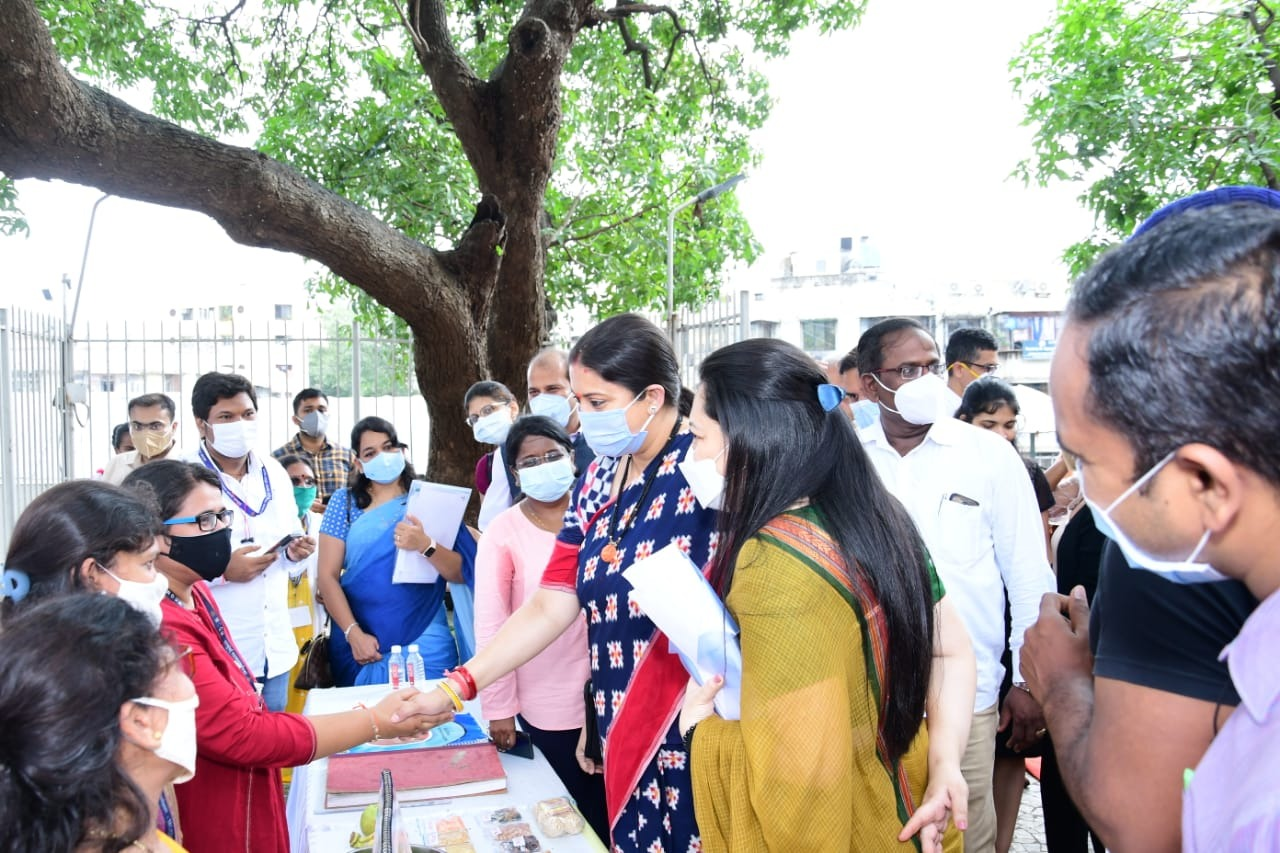 Shri Naqvi also said that “Decisions with Delivery” has been the commitment of the Government led by Prime Minister Shri Narendra Modi. “The Government has worked on a war-footing to provide affordable and quality health services to the people. The Government has taken several measures to ensure health and well-being of the people especially children and women from all sections of the society.” He said that Poshan Abhiyaan has become an effective mass movement to eradicate mal-nutrition in the country especially among children, adolescent girls, pregnant women and lactating mothers. 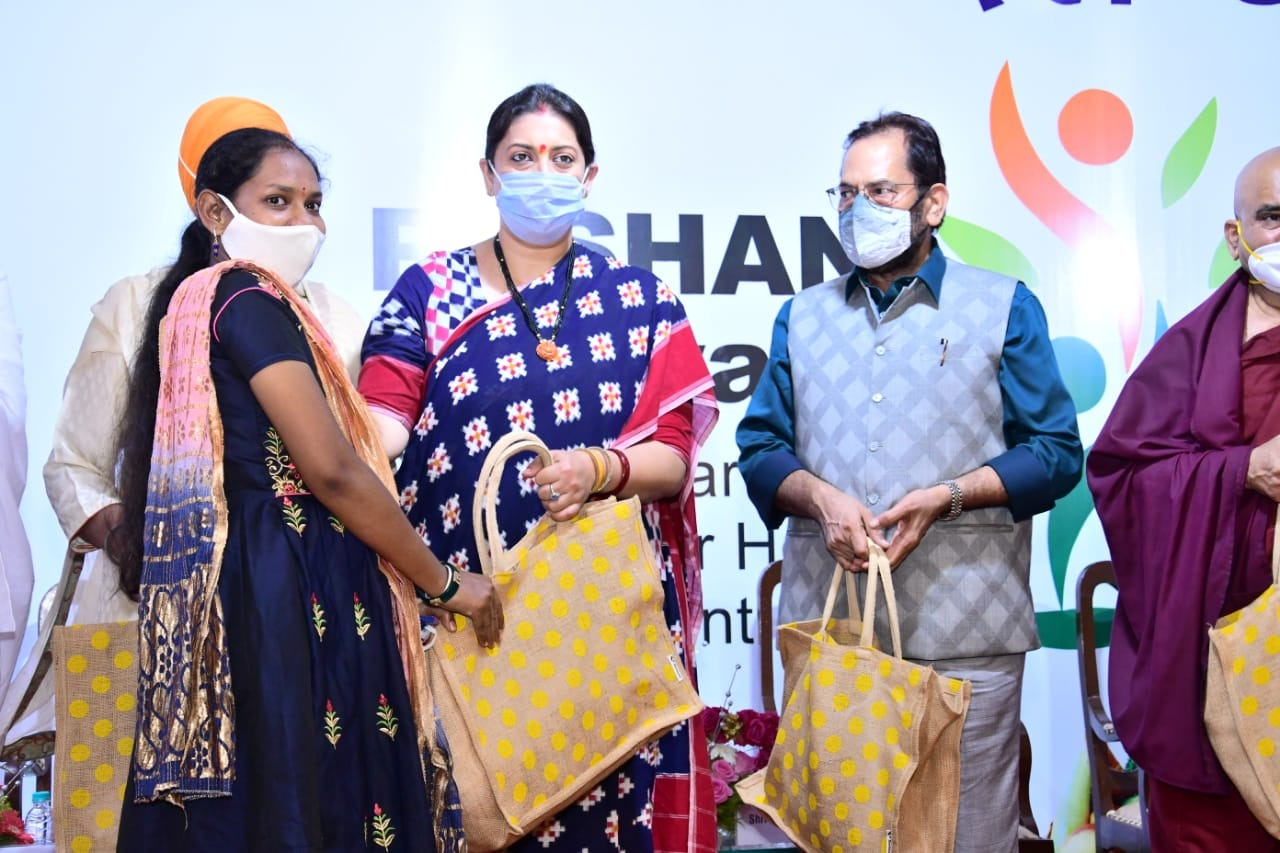 Earlier in the day, Smt. Irani visited an Integrated Child Development Services (ICDS) Scheme Centre at Dharavi in Mumbai. The Minister distributed nutrition kits and fruit baskets to pregnant women, lactating mothers and children suffering from Severe Acute Malnutrition (SAM) over there. She interacted with various citizens receiving benefits under the Scheme and also visited their homes.  On the occasion, the WCD Minister also inaugurated a Digital Guddi Gudda Board at the ICDS premises. The board is used for updating, monitoring and giving visibility to birth statistics, under the Beti Bachao Beti Padhao initiative.