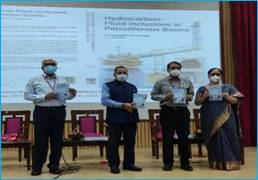 Picture: MoES 15th Foundation Day celebrations with Honourable Union Minister Dr Jitendra Singh, who was the Chief Guest at the occasion. He launched multiple social initiatives of the MoES.

The event was marked by a lecture by Dr Petteri Taalas, Secretary-General, World Meteorological Organization (WMO), entitled ‘WMO, Disasters, Climate and COP-26’, that discussed the pressing issue of climate change and its impact.

The Union Minister Dr Singh launched the MoES-ESSDP (Earth System Science Data Portal), an integrated digital web portal of MoES institutes, which makes availabledata on various themes of earth system science for public use. The portal has been developed using the latest information technology tools and is available at https://incois.gov.in/essdp. The portal is aligned with the Digital India initiative of the Government of India to transform India into a digitally empowered society and knowledge economy. It would facilitate search and retrieval of earth system science data (of atmosphere, ocean, poles, geosciences and seismology) for societal benefit in a big way.

Picture: Home page of the MoES-ESSDP, a one-of-a-kind digital platform bringing together data and information of earth system science on a single dynamic web platform. 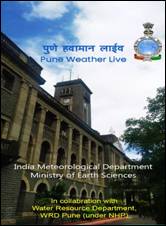 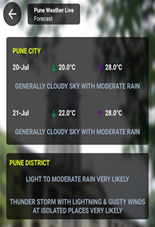