Shri G Kishan Reddy, Union Minister of Culture, Tourism and Development of North East Region said that NESAC (North Eastern Space Applications Centre) has enabled the States to address issues and challenges of North Eastern region with the support of space technology. “The organisation can also provide the required strategic inputs for the entire region for its overall development and strategic planning”, he said. Speaking at the NESAC Society Meeting, held today at NESAC, Shillong, Shri Kishan Reddy informed that between 2014 and 2021, the assets of NESAC almost tripled from Rs 41.6 crores to Rs 112 crores. And this is a clear example of the Prime Minister’s commitment and his mantra, “Sabka Saath, Sab Ka Vikas, Sab ka Vishwas” being implemented on the ground. Activities of NESAC are focused on the practical applications of space technology in agriculture, and allied fields like silk farming where it can help in early detection of diseases, etc, he added.

“As all of us know, Shillong is called the ‘Scotland of the East’ due to its scenic beauty. However, with the efforts of NESAC, I am sure it will soon be known as the ‘Space Tech Capital of the East,’ the Union Minister said. He further stated that it was Prime Minister Narendra Modi’s vision that all the states of the North Eastern region have the same opportunities as other states to develop on part with the rest of India.

Acknowledging NESAC’s achievements, the Union Minister said that the Center has helped preserve forests by assessing forest fires and protecting endangered wildlife such as rhinos by studying the changing land cover. It is also noteworthy that NESAC has used satellite communication for telemedicine, and tele-education and about 1000 programs are conducted each year, he added. This apart, NESAC has helped to address the unpredictability of mother nature through weather prediction, and forecasting thunderstorms, lightning, and providing early flood warning and provides urban planning support and States can leverage on this to assess traffic congestion, property encroachments, and the mapping of utilities and assets, he said. 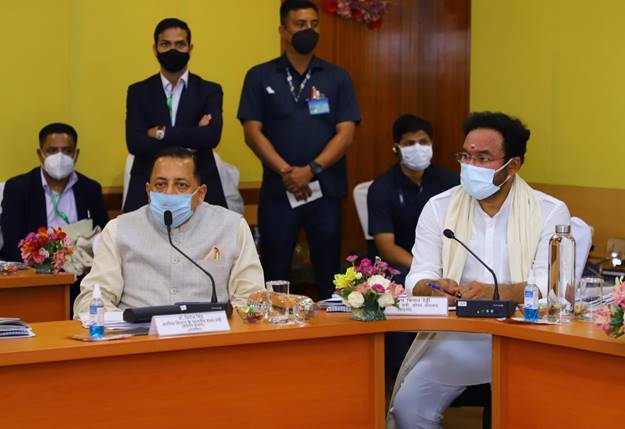 Recently, with support from NEC, NESAC has released North Eastern Spatial Data Repository (NeSDR) with about 950 datasets. These datasets are related to infrastructure, land and water resources, assets & utilities, terrain, disaster management support inputs and action plan inputs to empower developmental planning and monitoring activities in NE region. All the States are to take advantage of this data sets by signing MoUs with NESAC for specific activities such as detecting encroachments, and epidemic planning. ‘’We must also effectively use the facility of NESAC for promotion of culture and tourism as well, which has lots of potential in the region. As India celebrates 75 years of Independence, I invite the Chief Ministers of North eastern states to collaborate, co-ordinate and celebrate our freedom through ‘Azadi ka Amrut Mahotsav’ events. These events should concentrate on the overall development of the region,” said shri Kishan Reddy. 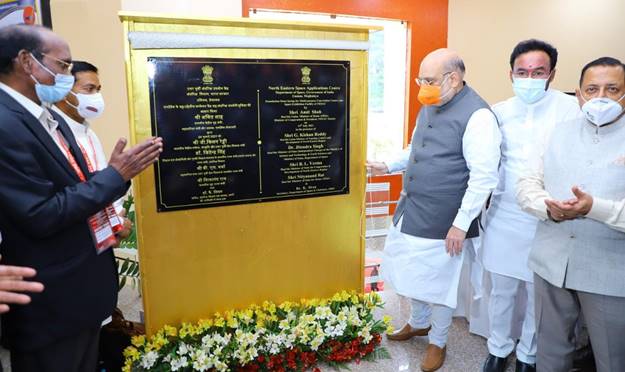 Extending his appreciation to NESAC for undertaking crucial projects and working under the able guidance of Shri Amit Shah ji, the Union Minister said, “As Amit Shah ji is the President of the NESAC Society and the Chairman of the North Eastern Council (NEC), I am confident that NESAC would expand its foot print and prove to be a model of development for other States as well, as it paves way for holistic development of the region.”