Award of the President’s Colour to Indian Naval Aviation, is in recognition of the yeoman service rendered both during peace and combat. The arm came into being with acquisition of the first Sealand aircraft on 13 Jan 1951 and commissioning of INS Garuda, at Kochi on 11 May 1953. Today, Naval Aviation boasts of nine Air Stations and three Naval Air Enclaves, along the Indian coastline and the Andaman and Nicobar Islands. Over the past seven decades, it has transformed into a modern, technologically advanced and highly potent force, with more than 250 aircraft comprising Fighters, Maritime Reconnaissance Aircraft, Helicopters and Remotely Piloted Aircraft (RPA). Today, Naval Aviation assets are capable of undertaking missions along the entire gamut of military operations. Naval Aviation is a vital component of the main roles of Indian Navy – Military, Diplomatic, Constabulary and Benign.

Speaking on the occasion, the President recalled the glorious contribution of INS Vikrant with its integral aircraft, which played a crucial role in liberation of Bangladesh in 1971. The President added that, Naval aircraft have also been at the forefront of numerous peacetime as well as Humanitarian Assistance and Disaster Relief operations, providing relief not only to our countrymen but also to friendly foreign nations. The President lauded the indigenisation efforts of the Indian Navy in keeping with the Atma Nirbhar Bharat vision of the Government. The President also made a mention of the significant progress made in aviation technology, facilitation of state-of-the-art indigenous weapons, sensors and data suites for Naval aircraft.

The President congratulated the officers and sailors on the momentous occasion and added that, Naval Aviation has come of age with the perseverance of the National Leadership. He also congratulated all veteran and serving Naval Aviators, for their selfless service to the Nation. 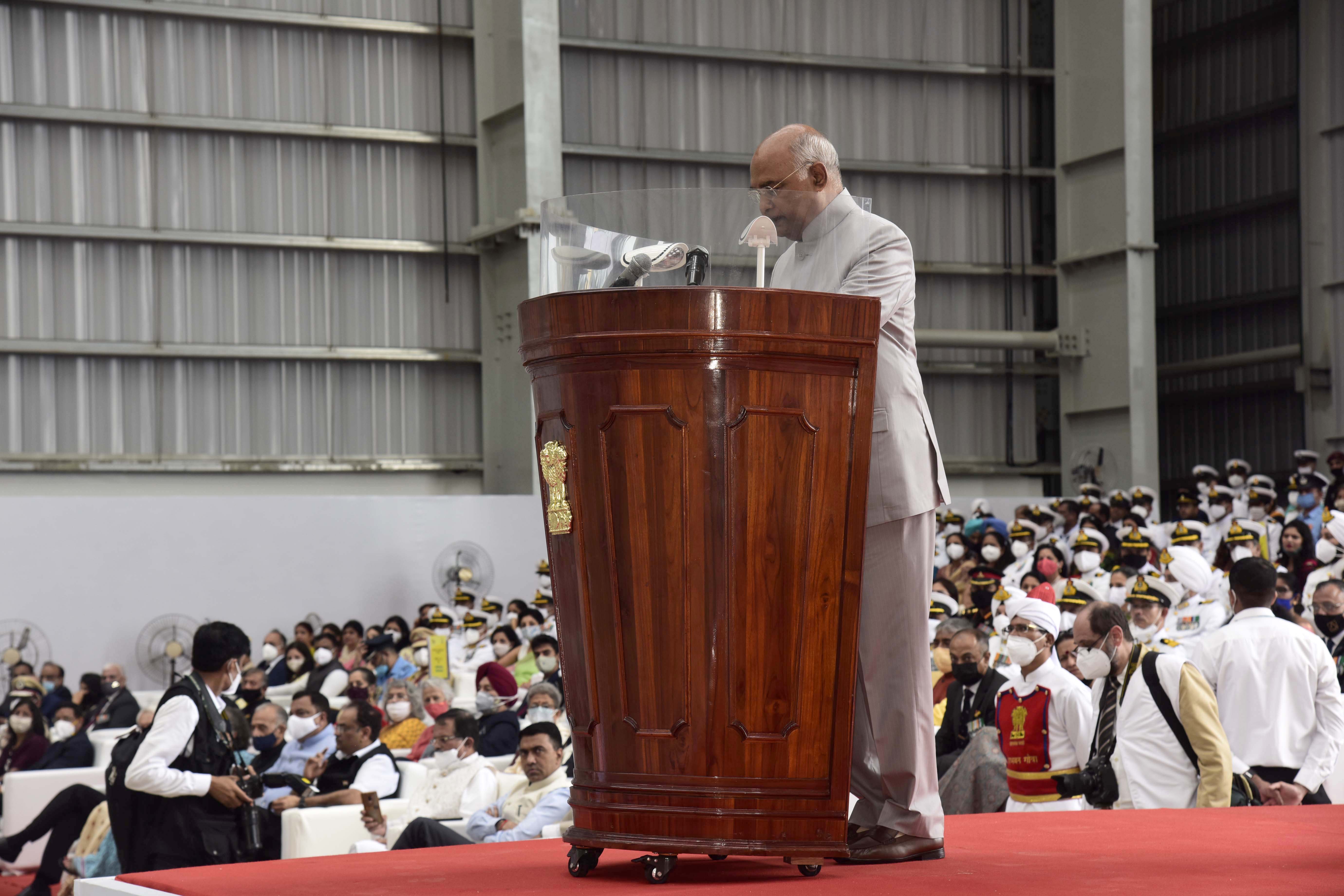