Border Roads Organisation (BRO) is carrying out rescue & relief operations in Himachal Pradesh that is witnessing flash floods and landslides due to heavy rainfall. In the Lahaul & Spiti Valley, the strategic Manali – Sarchu road was closed for traffic at various places due to multiple landslides. BRO’s Project Deepak located at Shimla immediately despatched its trained Engineering Task Force with personnel and equipment to undertake the rescue and road clearing operations.

On July 29, 2021, on one such stretch near Sarchu ahead of Baralachala pass on Manali Leh road, a number of civilians, including women and children, were stranded and facing problems due to lack of oxygen in inclement high-altitude conditions. The BRO team cleared the landslide, amidst a series of other landslides, near Kenlung Sarai located at an altitude of 14,480 ft and rescued the people. However, Naik Reetesh Kumar Pal of Project Deepak, who was part of the rescue efforts, lost his life. The road was, later, opened for traffic. 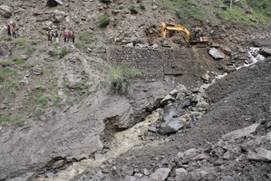 In another incident on July 27, 2021, a separate Engineer Task Force of BRO was deployed for clearance of Kiler–Tandi road which was blocked due to heavy landslides. Two passenger vehicles were stranded in the area. The team, which had already cleared two landslides enroute, carried out a late night clearance operation to save lives of civilians stranded in the slide zone. During the operation, some members of the team, six civilians and a civil vehicle were washed away by a sudden flash flood. Junior Engineer Rahul Kumar lost his life in the incident, while others were rescued by the BRO personnel. 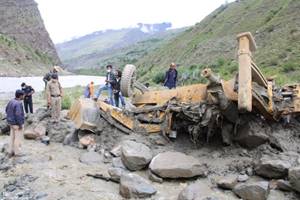 The BRO personnel, later, cleared the landslide, rescued the stranded passengers and moved them to safer locations. 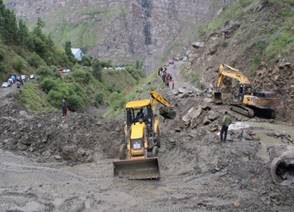 In a first, Centre issues uniform specifications for Fortified Rice Kernels (FRK) for grade A & Common Rice
33 mins ago

Significance of utilizing Digital Adoption Platform for businesses
6 days ago