Union Minister for Road Transport and Highways Shri Nitin Gadkarihas emphasized onimportance of network of modern and high quality roadsfor economic development and creating employment opportunities.Interacting with media at the Bharuch section in Gujarat on the second day of the two-day reviewof progress of work on Delhi-Mumbai Expressway he said the Expressway will  reduce travelling time not only between Delhi and Mumbai but also between other major cities . Shri Gadkari said in Gujarat, 423 km of road is being constructed at a cost of Rs 35,100 crore. He said under this expressway, 60 major bridges, 17 interchanges, 17 flyovers and 8 ROBs will be built in the state. 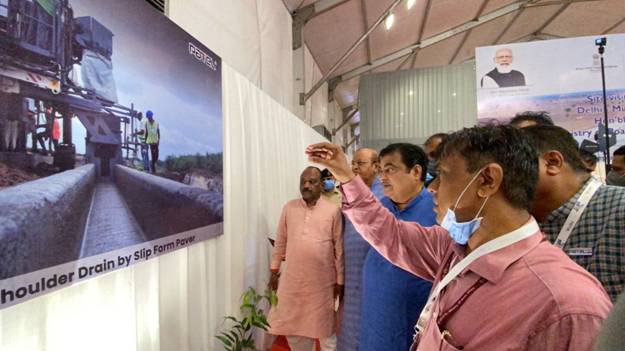 The Minister said 33 wayside amenities are also proposed to be buildon this expressway to provide world class transport facilities as well asgenerate employment opportunities in the state. 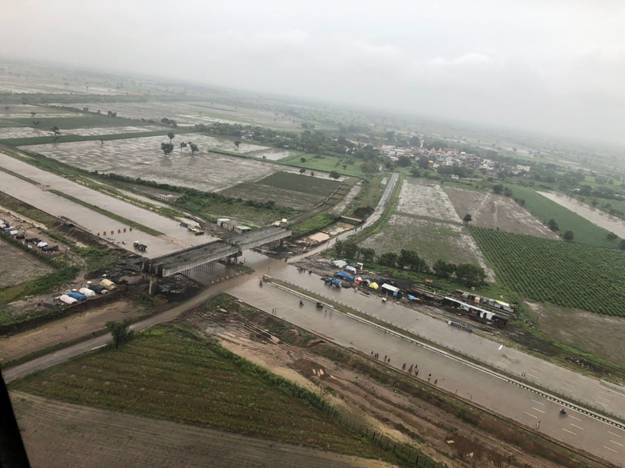 During this visit, Shri Gadkari inspected the place where the world record for fastest road construction in a day was set in February 2021.He also inspected iconic bridge built across the Narmada river near Bharuch. The 2km long extradosed cable span bridge will be India’s first 8 lane bridge to be built across the expressway.

Along with the iconic interchange near Bharuch, the project will become the face of the expressway development in the country.