Union minister for Road Transport and Highways Shri Nitin Gadkari has said that Emergency Landing Facilities will be developed at 19 other places to  strengthen country’s security. Inaugurating the Emergency Landing Facility on National Highway 925A in Rajasthan with Defence Minister Shri Rajnath Singh he said this highway run-way will further strengthen the country’s security in protecting the borders which are strategically important.

Shri Gadkari said at 19 other places in the country on Phalodi – Jaisalmer road and Barmer – Jaisalmer road in Rajasthan, Kharagpur – Balasore road in West Bengal, Kharagpur – Keonjhar road and near Panagarh/KKD, Chennai in Tamil Nadu, on Puducherry road, in Andhra Pradesh on Nellore – Ongole road and Ongole – Chilakaluripet road, in Haryana on Mandi Dabwali to Odhan road, near Sangrur in Punjab, on Bhuj-Naliya road in Gujarat and on Surat-Baroda road, in Jammu and Kashmir  in the Banihal-Srinagar road , Leh/Nyoma area in Assam and on the Jorhat-Baraghat road, near Sivasagar, Bagdogra-Hashimara road, Hashimara-Tezpur route and Hashimara-Guwahati road in Assam , Emergency Landing facilities will be developed.

The Minister said under the leadership of  Prime Minister Shri Narendra Modi ji, the construction of world class National Highway is being done at record speed. He said now our National Highways will also be of use to the army, which will make our country more secure and always ready for emergency situations. 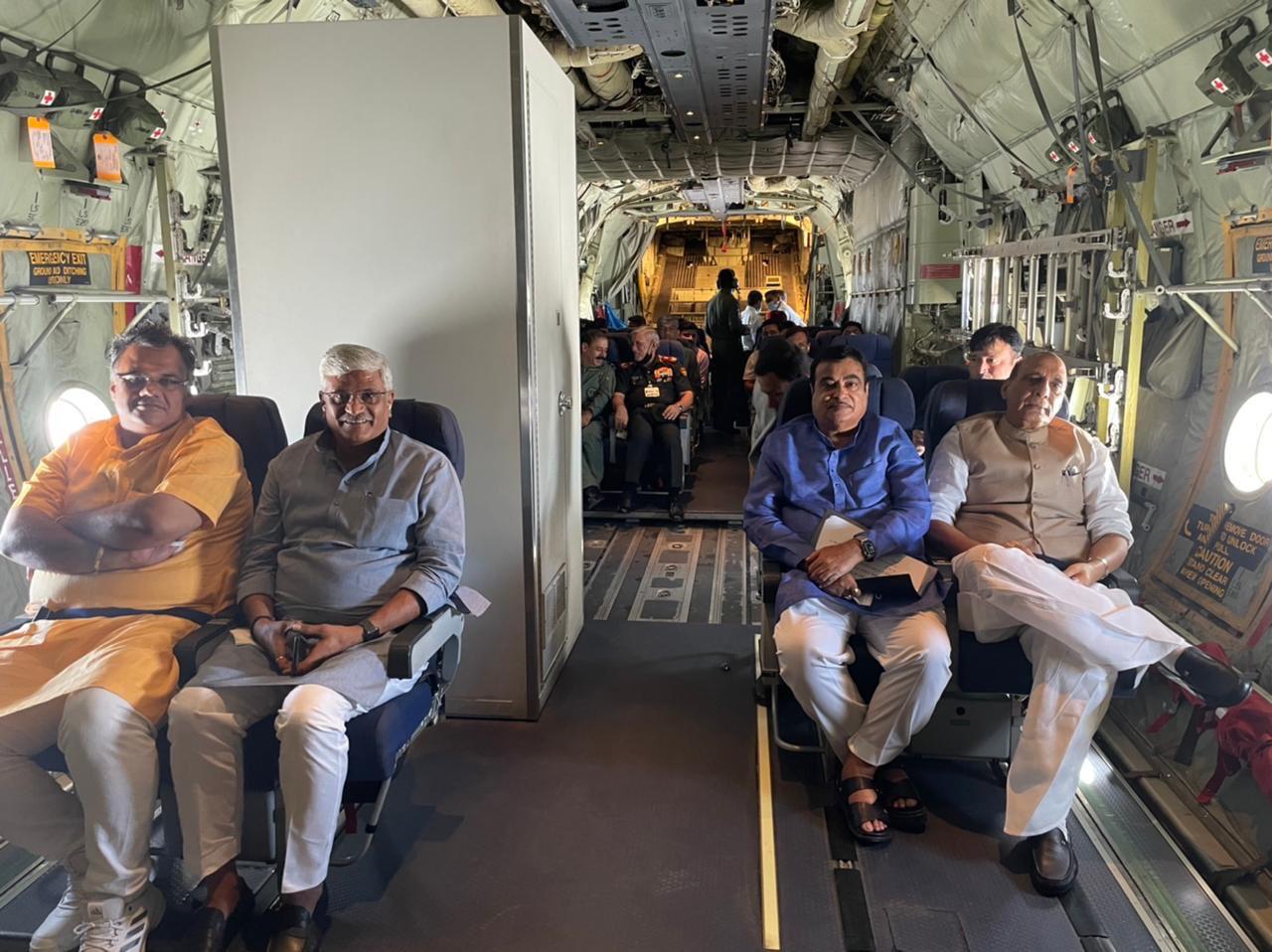