Extraordinary performance of Para-athletes has changed the attitude towards Sports in the Country: Sports Minister During his address Shri Anurag Thakur congratulated all the para athletes for their fantastic performance and said, “I recall in the 2016 Paralympics, the size of the Indian contingent was 19, while this year the country has won as many as 19 medals! You have shown us that the human spirit is the most powerful of all ! Our medal tally has increased by about five times. For the first time we have won medals in Table Tennis, won multiple medals in Archery, competed for the first time in canoeing and powerlifting. We equalled two world records and we broke even more. India’s para athletes delivered a perfect podium finish!” 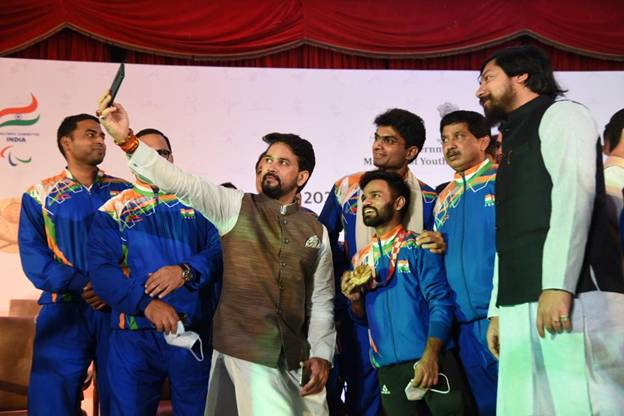 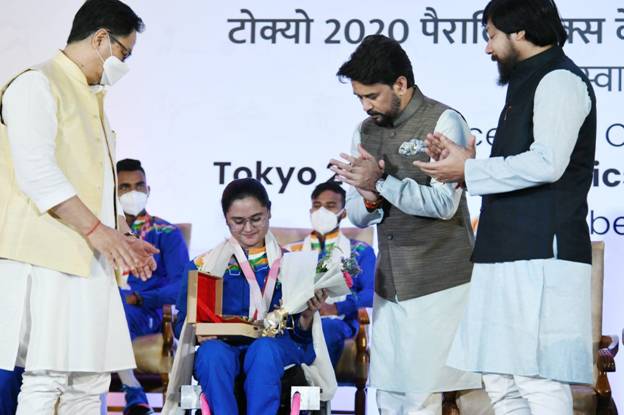 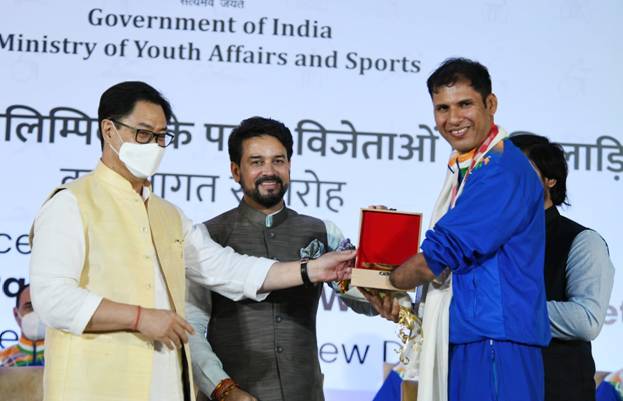 Shri Thakur also said that the extraordinary performance of athletes has changed the attitude towards Para – Sports in the Country. The government has ensured world class facilities and when Prime Minister Shri Narendra Modi himself speaks to the sportspersons and encourages them; infactduring the last interaction the PM spent nearly two hours speaking to the para-athletes and their families. This has an impact on every section of the society, whether be it individual, corporate, sports associations or any other organisation. 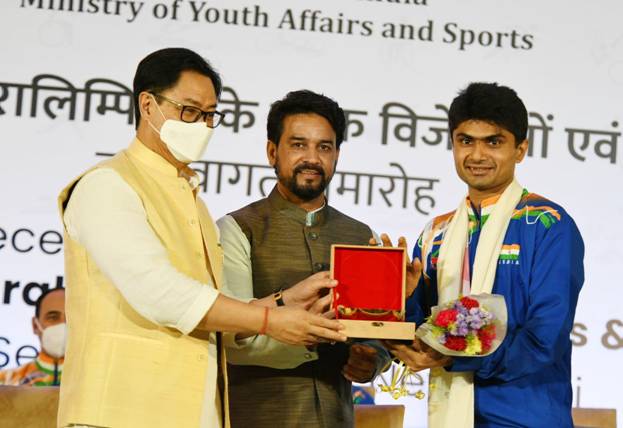 Union Law & Justice Minister Shri Rijiju congratulated all the medal winners and said that you have made India Proud. ‘’All para athletes who represented India in Tokyo all are our heroes. You all are inspiration for everyone. You have shown that everything is possible if you dare to dream’’, he added. Shri Rijiju reiterated that every player’s story is inspiring. Sports culture in country sets in when the players are treated as hero. I can say Sports culture has now finally arrived in India and the Prime Minister has led this transformational change from the front, Shri Kiren Rijiju said. 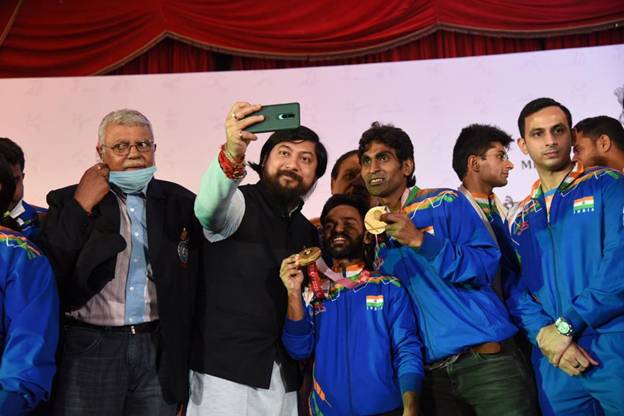 Minister of State for Youth Affairs and Sports Shri Pramanik appreciated that most athletes said they were motivated by the Government support in the last Paralympic cycle. The Prime Minister’s video interaction and calls to each athlete for winning medals had really encouraged them,” he added.

President of Paralympic Committee of India Ms. Deepa Malik lauded the Prime Ministers efforts and initiatives of the Government to make divyang Sportspersons   inclusive in society. The support given to para athletes under TOPS has created history and today everybody is talking about the success of para athletes, she added. Ms Deepa specially highlighted the substantial increase in  representation of women athletes and their success with medals at Tokyo Olympics.

In Tokyo 2020, India won 19 medals, finishing 24th in the overall medal tally among 162 nations competing in Tokyo2020, and ranking 20th on the basis of total medals won. India had won only 12 medals until 2016 since making its Paralympic Games debut in 1968.