The Victory Flame of Swarnim Vijay Varsh, commemorating the 50th anniversary of India’s victory in 1971 war, was received by Commanding Officer, 231 Transit Camp, Andaman and Nicobar Command (ANC) Col Gyan Pandey on behalf of ANC in Chennai on July 31, 2021. 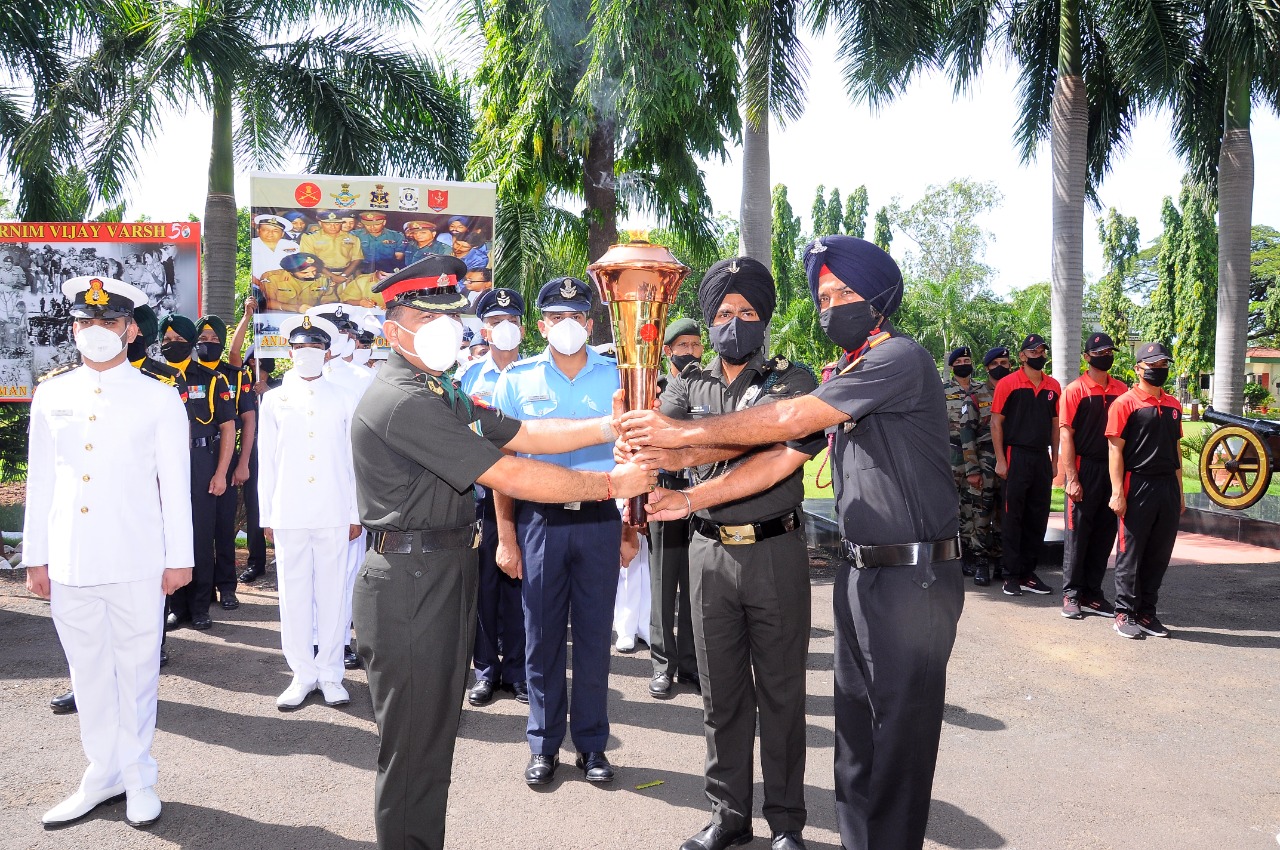 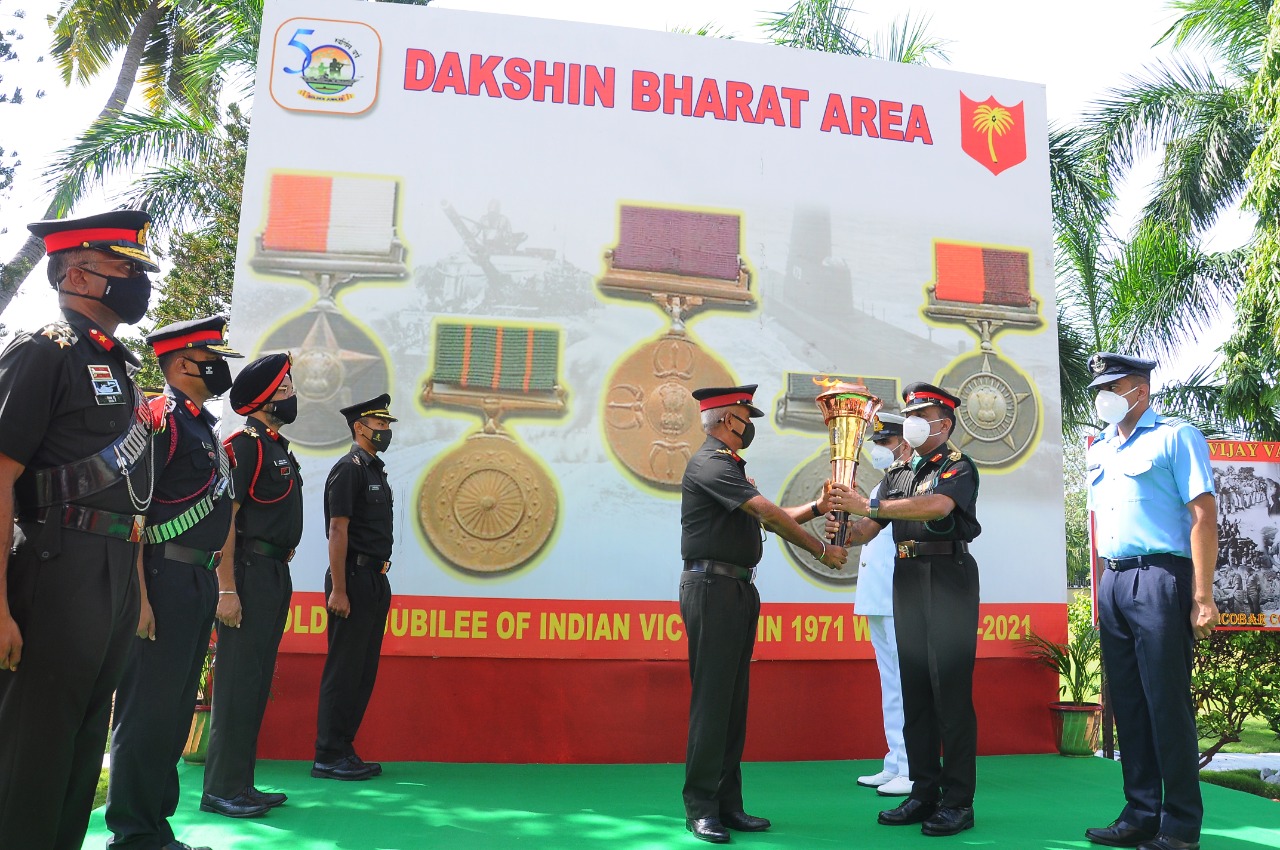 The Victory Flame, after covering 3,000 kms on mainland, is scheduled to travel 700 nm (1300 kms) in the sea onboard Indian Naval Ship Sumedha and reach Port Blair on August 03, 2021. On reaching Port Blair, the Flame will be received by the Lieutenant Governor, A&N Islands, Admiral (Retd) DK Joshi who would then hand it over to Commander-in-Chief, Andaman and Nicobar Command (CINCAN) Lieutenant General Ajai Singh for conduct of commemorative activities under the aegis of ANC.

The Victory Flame would be taken to the towns of Port Blair, Mayabunder, Baratang, Diglipur, Hutbay, Car Nicobar and Campbell Bay, wherein it would be hosted by local defence establishments and would be on display for visitors and war veterans. Various events such as interaction with War veterans/Ex-serviceman/War widows, showcasing of the flame through the important streets, culture/entertainment programs, cycle expeditions are planned at various stations.

The flame will also be taken to Landfall Islands, the Northern most deployment of ANC; Barren Island, India’s only active volcano and Indira Point, the southernmost point of the country. The aim of the journey is to spread the message of India’s victory and sacrifices of our war heroes to the remotest areas and shores of the country.

The ‘Swarnim Vijay Varsh’ celebrations began with Prime Minister Shri Narendra Modi lighting the Victory Flame on December 16, 2020. The Victory Flame was lit from the eternal flame of the National War Memorial, signifying the bravery of the soldiers of the war. Since then, the Victory Flame is travelling across the length and breadth of India and a large number of commemorative events are being conducted during its journey.