Representing India at the Major Economies Forum on Energy and Climate (MEF) convened virtually by US President, Joe Biden, on September 17, 2021, the Minister for Environment, Forest and Climate Change, Shri Bhupender Yadavstated that combating climate change is a shared global challenge and our response must be based on the fundamental principles of equity and common but differentiated responsibilities and respective capabilities

Reiterated the centrality of Climate Justice as highlighted by PM @NarendraModi Ji at various forums, which requires that the promises of climate finance and low-cost technology transfer from developed countries to developing countries, must be fulfilled without delay. pic.twitter.com/FDdKyz9tIq

The Minister in his remarks mentioned that though India’sshare of world population is 17% but the country’sshare in cumulative historical emissions is just 4% and even the current annual emissions are only 5.2% of the global emissions and the per capita emissions are about a third of the global average. “It is clear that we are not a part of the problem, but we want to be a part of the solution to the climate crisis.” emphasised the Minister at the meeting which aimed at facilitating candid dialogue among major emitters countries, both developed and developing, to garner political leadership to advance climate action. 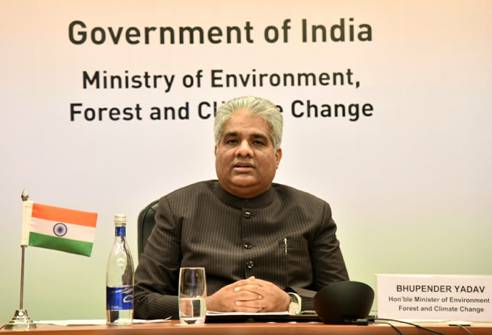 Expressing India’s ambitious goals under the Paris Agreement, the Environment Minister highlighted India’s target of 450 GW of Renewable Energy by 2030 and mentioned that India’s solar capacity, drawing on the collaborative spirit of member countries through the International Solar Alliance, has increased fifteen times in the last six years.

The Minister of Environment concluded his remarks by echoing global sentiments for collective intent and concrete actions in tackling climate change. “The world needs rapid, sustained, and deep emission cuts in this decade rather than distant targets” said Shri Bhupender Yadav underscoring collaborative and cohesive global efforts to keep the Paris Agreement temperature goal within reach.

The virtual meeting built on the Leaders’ Summit on Climate conducted in April 2021 and was aimed at enabling dialogue and discussion and building consensus before COP26, which will set a precedent for climate efforts in the years to come. 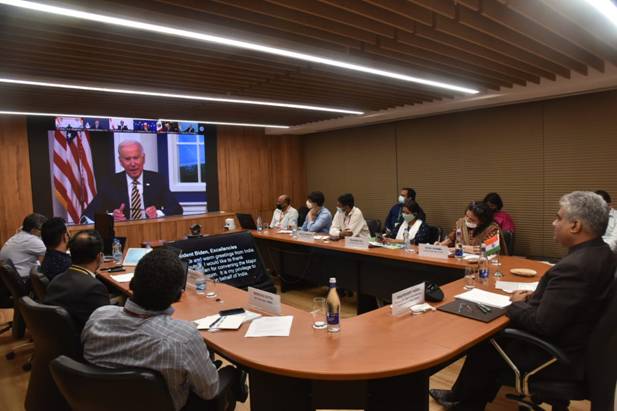