As a part of the Union Government’s J&K outreach initiative, the Union Minister for Women and Child Development Smt. Smriti Zubin Irani on her concluding day of visit to Budgam maintained that the objective of centre’s outreach to UT of J&K has been initiated to know about the grievances of the people at the ground level. She assured that demands and grievances projected would be put up with the Centre as well as with the local government of UT of J&K  for early redressal.

The Minister inaugurated sports stadium Magam constructed and developed on the latest patterns by J&K sports council. The Minister at the stadium witnessed a live football match and interacted with the players of the local clubs. Smt. Irani also visited the Horticulture High density orchard and fruit & vegetable preservation unit at Malpora Magam. On the occasion while interacting with the farmers she said that Kashmir has a huge potential to become the 2nd largest producer of high quality apples in the world. “There is a need for diversification in fruit production for introduction at global level. Kashmir is fortunate to have a conducive climate and fertile land for high yield cultivation of horticulture produce,’ she added. The Minister directed concerned horticulture authorities to organize awareness camps in the area to involve more and more progressive farmers towards high diversity plantation. She assured that the Government will envisage all necessary support, technical guidance, sponsorship through banks to the farmers and Farm Producing Organizations (FPOs) willing to adopt high density plantation.

Earlier on her visit, the Minister inaugurated Anaemia Camp at Govt. Degree College Magam and also visited craft village Kanihama. The Minister interacted with local artisans and Self Help Groups from NRLM. 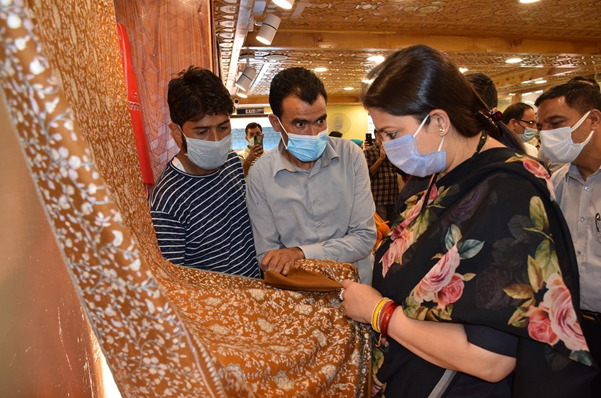 Speaking on the occasion Smt. Irani said, “I was enthusiastic to see the skills, dedication and patience these highly skilled artisans showcased while weaving their high cost Kani Shawl and other products”. During her interaction, she assured concerned artisans and other producers that the Government is keen to introduce this product internationally so that it has worldwide market availability. 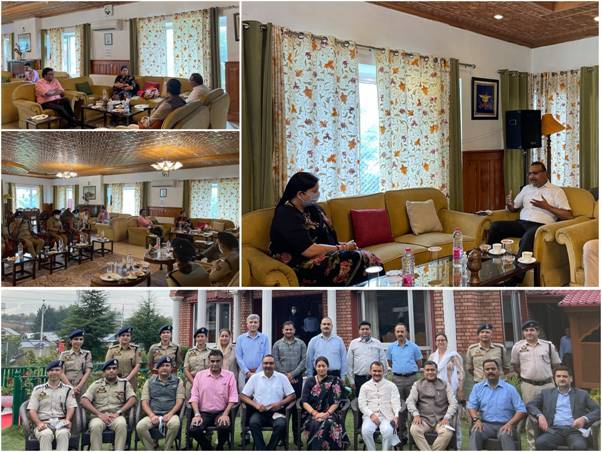 During her visit to Magam the Minister also witnessed the presentations of cultural programmes performed by renowned cultural artists organized by the Department of Social Welfare and District Information Centre Budgam.