“Health and development are interlinked. Universal Health care is the objective and vision of Hon’ble Prime Minister”: Shri Mandaviya

“The scheme has great potential to rejuvenate the primary and secondary healthcare facilities across the country”: Dr Bharati Pravin Pawar

The theme of the program was ‘Service and Excellence’.  Aarogya Manthan 3.0, a four-day hybrid (physical and virtual) event commenced by observing ‘Ayushman Bharat Diwas’. 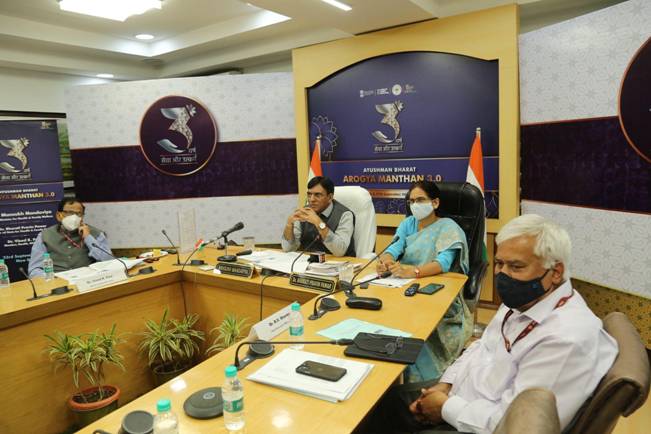 Speaking on the occasion, the Union Minister for Health and Family Welfare said, “AB PM-JAY has reformed the entire healthcare system of India. It gives me great happiness that the scheme has served more than 2.2 crore people in the last three years to the people residing in the remotest of the areas. The journey of the last three years of implementation of the scheme has been tremendous as it has empowered millions of citizens of India with their Right to Health.”

Accentuating the vision and expressing his heartfelt thanks to the Prime Minister of India, he said, “Health and development are interlinked. Universal Health care is the objective and vision of the Hon’ble Prime Minister.  Leveraging digital technology in the healthcare sector, India aims to set national goals of digitizing the healthcare landscape to make delivery of services smooth, robust, quick and efficient. In this regard, the National Digital Health Mission will prove to be a game-changer step. Public government partnership is the reason for the success of any government program. Ayushman Mitra is one such initiative. 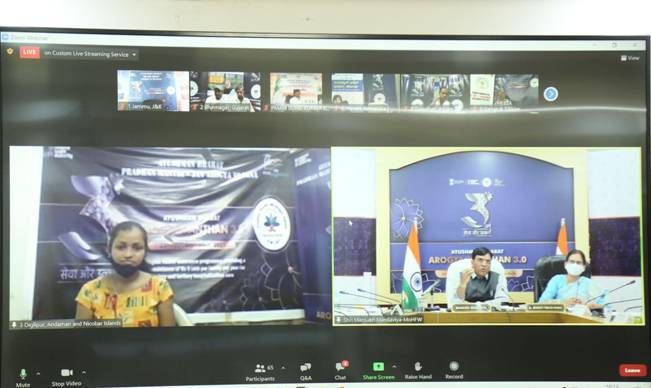 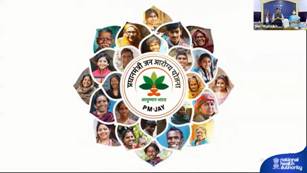 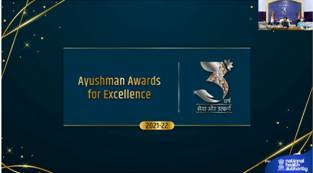 •Hospital Help Desk Kiosk: The objective of this initiative is to directly connect the beneficiaries with the hospitals and provide an enhanced and seamless accessibility of information at the time of admission. This would also help create a uniform identity of AB PM-JAY for the beneficiaries and patch lapses, if any. It will function as a dedicated service window with a potential to provide all types of information about the scheme to the visitors.

•Beneficiary Facilitation Agency: Beneficiary Facilitation Agencies (BFAs) will be deployed at empanelled public hospitals under AB PM-JAY. These BFAs will be mandated to scrutinize all IPD patients in public hospitals for their eligibility under AB PM-JAY. Further, the BFAs will also provide necessary assistance to PM-JAY beneficiaries for availing services under the scheme.

•PMJAY Command Centre & Nudge Unit: This Command Centre will ensure that real-time tracking of beneficiary seeking treatment at any empanelled hospital across India

•Revamped PM-JAY technology platform: Based on the experience of the last three years, three core applications of AB PM-JAY IT platform for enriching the experience of  Beneficiaries, Hospitals and Claims Processing Agents were unveiled. The Beneficiary Identification system (BIS), verifies the beneficiary identity. In the revamped system, self or assisted beneficiary verification feature has been introduced. The new Transaction Management System (TMS) has optimized documentation requirements for claim submission and rationalized query raising while claim processing. Hospital Empanelment Module used for hospital empanelment and locating the hospitals under the scheme has been revamped to facilitate Ease of empanelment through streamlined process and digital MoU. It will also help with informed decision-making regarding choice of hospital based on the public profile of empanelled hospitals.

Speaking on the occasion, Dr Bharati Pravin Pawar emphasized the role of AB-PMJAY in reforming the healthcare system of India, She said, “The scheme has great potential to rejuvenate the primary and secondary healthcare facilities across the country. This year’s theme for Aarogya Manthan 3.0 is Service and Excellence and I believe that AB PM-JAY is fulfilling this noble cause in terms of serving more than 54 crore targeted people with free, accessible and quality medical care across India.”

While presenting the three-year journey of AB PM-JAY, Dr RS Sharma, CEO, National Health Authority expressed his pleasure on the successful implementation of AB-PMJAY in the last three years effortlessly and seamlessly across the country. He said, “The scheme is taking one step each day to reach closer to the goal of Universal Health Coverage. This exemplary work done under the scheme has been possible due to its robust IT system and the monitoring and extensive work done at the ground level.”

He further added, “Since the inception of the scheme, more than 2 crore treatments worth Rs. 26,400 crores have been authorized through a network of over 24,000 empanelled hospitals across the country. In the last three years, more than 16.50 crore beneficiaries have been verified and provided with Ayushman Cards with female beneficiaries amounting to approximately 50% of this number. As of 23rd September 2021, over 2.6 lakh hospital admissions worth Rs 586 crore have been authorized leveraging the pan-India portability feature of the AB PM-JAY scheme. The innovative e-Rupy platform can be used to leverage the PMJAY further.”

Dr VK Paul, Member (Health), NITI Aayog said that over the last three years, India has gained massive global attention for the implementation of Ayushman Bharat PM-JAY to achieve the commitment of Universal Health Coverage. Ayushman Bharat PM-JAY has been proved to be a game-changer in strengthening India’s healthcare landscape. He suggested that the remaining 50-60 Cr people should also be included in this Universal HealthCare System to reach the unmet people. He also emphasized the need to add more hospitals under this scheme as 24,000 Hospitals are not enough.

Shri Rajesh Bhushan, Secretary, Department of Health & Family Welfare congratulated the National Health Authority for the exemplary work done by the people involved in making Ayushman Bharat PM-JAY a grand success in such a short period of three years. He also highlighted the impact and importance of the “Aayush Apke Dwar ” awareness campaign launched by NHA for door to door campaign. He further added, “We should also focus on strengthening connecting PMJAY beneficiaries to the hospitals in availing benefits, who have not availed it yet, strengthening healthcare infrastructure and IT platform. It’s important to strengthen more our IT infrastructure to detect any fraud.”

The link of the event is : https://youtu.be/gy35VaFGNB4