Calls for involvement of academia, industry and the startup community forming an ecosystem for enhanced India-Oceania engagement

Speaking at the India Leads-2021 Summit organized by FICCI here, he said, India has earned worldwide recognition for launching lunar probes, building satellites, ferrying foreign satellites up and has even succeeded reaching Mars with Mangalyaan being there continuously for a number of years. 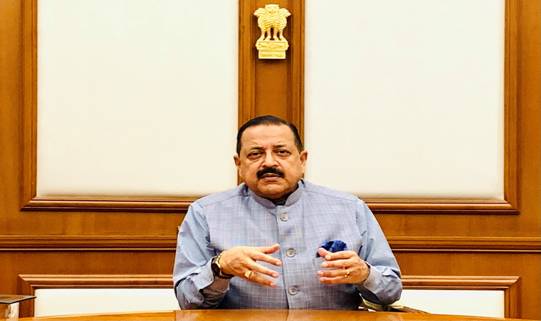 Dr Jitendra Singh said, over the past few years, Space Industry is emerging as one of the most lucrative industries globally and demand for Nano, micro and mini satellites and re-usable and small satellite launch vehicle systems are anticipated to drive the market. He informed that ISRO has forged a strong relationship with many industrial enterprises, both in the public and private sector, to implement its space projects. With the ISRO undertaking the development of cutting-edge technologies and interplanetary exploratory missions, there is a tremendous scope in contributions to the realization of operational missions and new areas such as satellite navigation.

Dr Jitendra Singh said, while India is becoming a major player in the world comity of nations, it is a matter of pride that India’s ascent to the top will be contributed to a large extent by its superiority in the Space capabilities. World today is enamored of Chandrayaan, Mars mission and upcoming Gaganyan, the Minister added.

Dr Jitendra Singh said, ever since Narendra Modi took over as Prime Minister, India’s Space Technology is being applied in diverse fields and sectors to bring “ease of living” for common man. He said, Space and satellite technology is today being extensively used in railways, road and bridge construction, agriculture, soils, water resources, forestry and ecology, housing, tele-medicine, disaster management and accurate weather forecast to name a few. 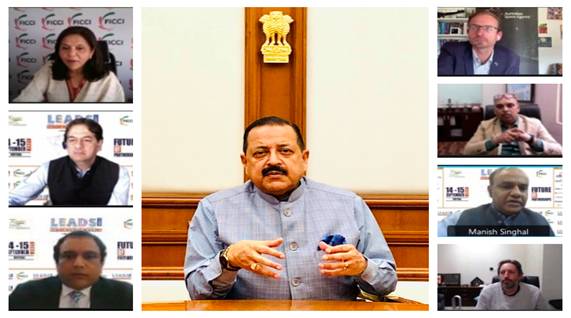 Referring to the topic of the Summit “Future of India-Oceania Space Technology Partnerships”, Dr Jitendra Singh said, India is all set to become the hub for the small satellite launch market, which is estimated to be valued at around $38 billion by 2027. He added that Australia and New Zealand on the other hand have emerging capabilities in design and manufacture of nano- and micro-satellites including high performance optics, radio communications systems, optical communications systems and on-board data handling maneuvering. He said, other Oceania countries such as New Zealand and Pacific island countries can collaborate with India and can jointly develop and identify space technological solutions and innovative products to explore partnerships and joint ventures. The Minister emphasized that there is an opportunity for both regions to collaborate and work on joint projects in some of these areas, with the involvement of academia, industry and the startup community forming an ecosystem for enhanced engagement. Such partnerships can also help global defence companies expand their businesses, he added.

Dr Jitendra Singh said, while Australia is a world leader in the use of remote sensing technologies, India and Oceania countries can collaborate by conducting regular training courses by several training institutions in both regions and share best practices with each other in this technology. He said, Australia and India have been partnering since 1987 to support data calibration and laser raging for Indian satellites, launching Australian satellites, and conducting joint research.The Minister also noted with satisfaction that the Australian Space Agency is working closely with the ISRO on India’s first manned mission into space, Gaganyaan, sprucing up its temporary ground station tracking facilities in Australia for the mission.

Dr Jitendra Singh informed that India has signed various cooperative agreements and Memoranda of Understanding (MoU) with other countries and organizations as an initiative to expand its international outreach. He said, the areas of cooperation are mainly concerned with remote sensing of the earth, airborne synthetic aperture radar, maritime domain awareness, satellite communication, launch services, space exploration, space law and capacity building.

Dr Jitendra Singh highlighted some of the key achievements of Indian Space industry like India’s first space observatory, ASTROSAT four years in space and has more than 900 registered users from 24 countries, a major milestone in 2017 with a successful record-setting launch of 104 satellites on a single rocket, India’s most powerful launch vehicle, GSLV-MK III capable of launching 4 tons of satellites into Geosynchronous Transfer Orbit (GTO) was successfully launched in July, 2019. He also pointed out that India has launched several space missions and explorations. The country has to its credit – 109 spacecraft missions, 77 launch missions, 10 student satellites, 2 Re-entry missions and 319 foreign satellites, he added.