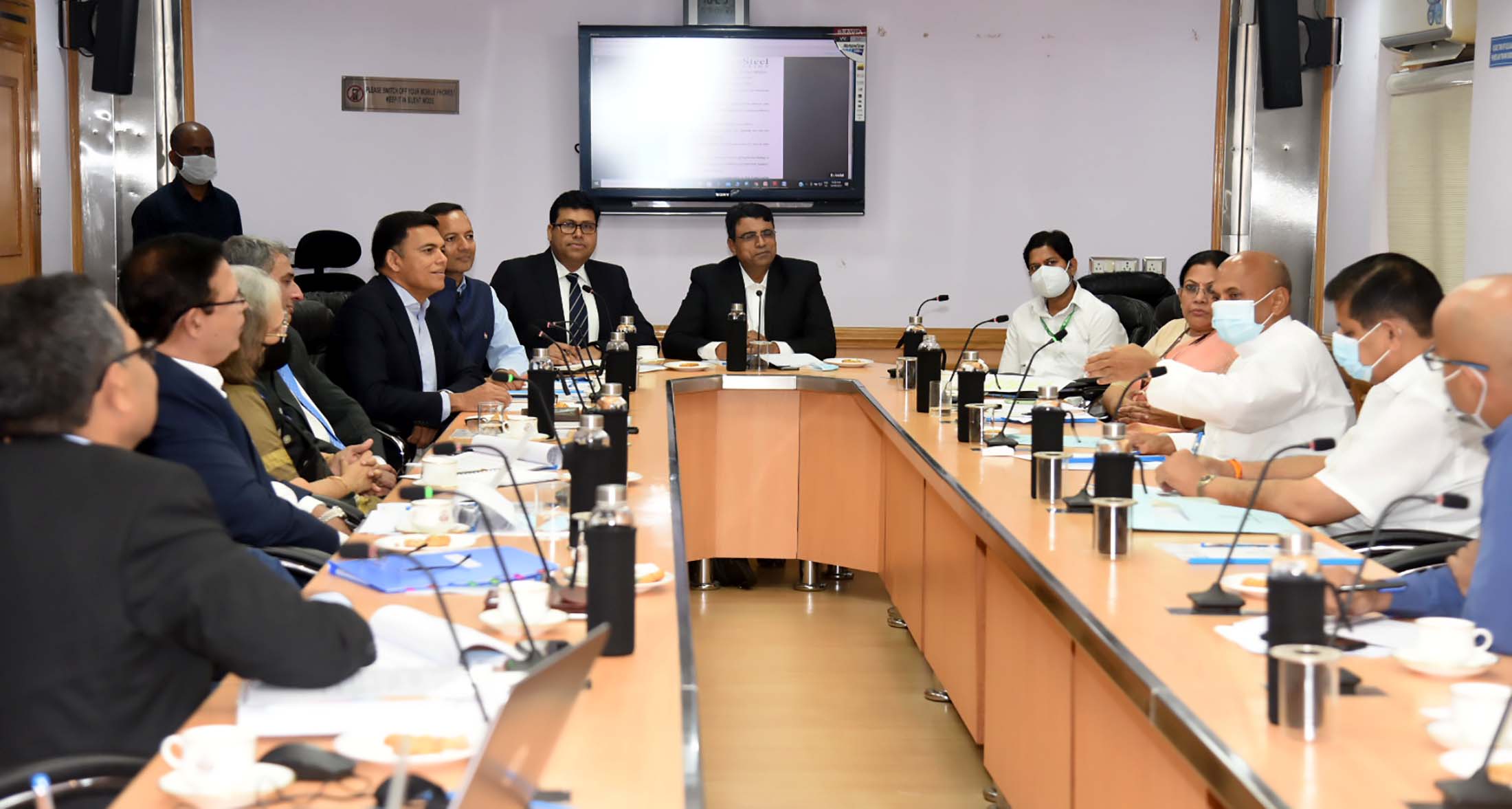 The Minister promised all support to enhance demand and suggested that the industry should create awareness of the advantages of using steel in projects such as housing, domestic gas, and water pipelines so that the demand is organic and widespread. Shri Ram Chandra Prasad Singh directed the Ministry officials to hold a discussion with the industry to address the concerns of the industry regarding the Production-linked incentive scheme for specialty steel which was notified in July 2021. Minister directed that due consultation with the steel players should be done prior to the issuance of guidelines for PLI scheme. Shri Singh also directed that logistics issues pertaining to Shipping, inland waterways should be pursued with a focused approach. The need to interact with the State Governments and Central Ministries was stressed upon by the Minister. 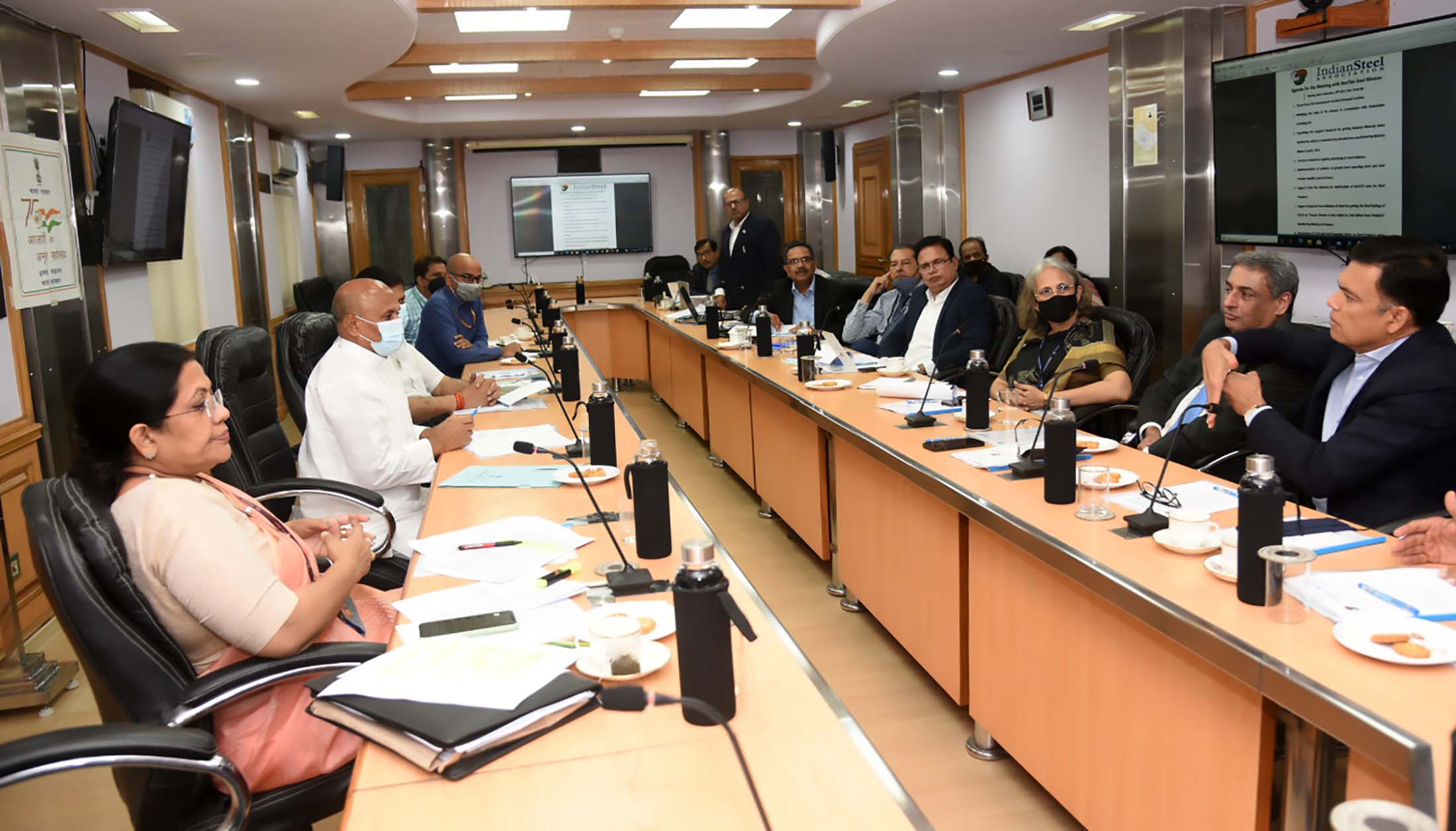 Since the steel sector predominantly utilises railways for transportation of raw materials and finished goods, Minister suggested that the industry concerns should be taken up vigorously with Ministry of Railways. Acknowledging the concerns regarding environment and emissions generated by steel sector, Minister advised the industry to move towards adoption of using hydrogen in a big way.

ISA appreciated the proactive role of the Ministry in notification of Quality Control Order (QCO) on 145 Indian Standards and ensuring their timely implementation. It was stated that this would result in additional investment in the days to come. ISA representatives pointed out that the cost of inputs including raw material and logistics is high which is affecting the competitiveness of the Indian steel sector. The industry also sought an early introduction of National Mineral Index (NMI) as mentioned in MMDR Amendment Act 2021 and raised the issue regarding “Royalty on royalty”. The ISA representatives were informed that the committee set up for dealing with NMI is working towards addressing these issues. The industry captains emphasised on the need for enhancement of steel demand within the country by closely working with the infrastructure sector and sought the support of the Ministry of Steel in their mission.

Environmental and forest clearance related issues of the steel players was also discussed. It was assured that all help would be extended to hasten up the process of capacity addition in the country.

In his concluding remarks, The Minister reiterated the Steel Ministry’s commitment towards “Atmanirbhar Bharat” and advocated that the larger players should deepen their engagement with the MSMEs so that every company, large and small, can grow together in the process and be a part of the growth story of our country. Minister also urged that the industry should come up with ways and means to celebrate “Azaadi ka Amrut Mahotsav” and take part actively.