Shri G Kishan Reddy, Union Minister for Development of North Eastern Region (DoNER), Culture and Tourism was on a three day official visit to Arunachal Pradesh and Nagaland between 23rd and 25th September. As a part of the Nagaland leg of his visit, the Union Minister inaugurated several development works and reviewed various ongoing developmental schemes in Nagaland. During his visit the Union Minister Shri G Kishan Reddy met the Chief Minister of Nagaland, Shri Neiphiu Rio and other state government officials. He discussed several development projects with regards to infrastructure and tourism. After the meeting he tweeted “We are looking forward to working together in fulfilling the vision of our Prime mInister Shri Narendra Modi of making the 8 North Eastern States the engines of growth”. 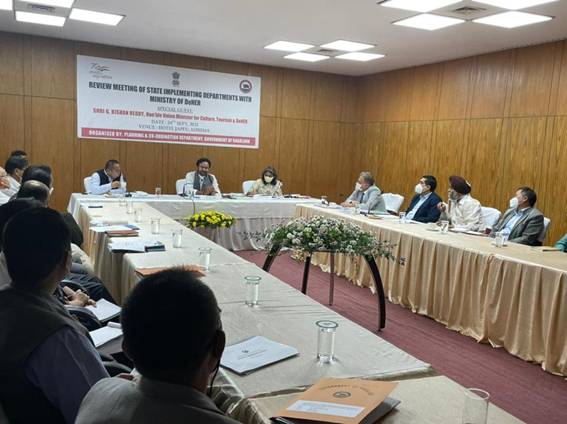 The Minister also held a review meeting with the Planning and Coordination Department and other implementing departments of schemes. In the meeting he said “I am very happy to be present here for this interaction with senior officers of the Government of Nagaland. Recently, NITI AAYOG, along with the Ministry of DoNER, has issued the SDG India Index at the district level 2020-21. The index measures the development status of states and UTs of India in social,economic and environmental sectors. Nagaland stands at the 21st position among the 28 states in the SDG India 2021 index and there is a lot of scope for a focussed approach to improve”. Further speaking he said “On some goals like ‘gender equality’, ‘decent work and economic growth’, ‘life on land’ etc Nagaland has performed very well and I am confident that the state is on its way to achieve the remaining goals before the target of 2030”. 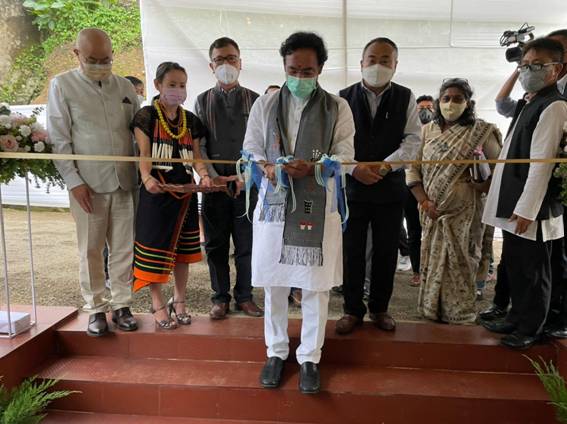 During his trip the Union Minister also inaugurated the state soil testing laboratory at the state directorate of soil and water conservation in Kohima, Nagaland. The project is funded under the Ministry OfDoNER and aims to support Nagaland farmers and help the achieve profitable crops in this predominant agrarian land. He said “ I come from a rural background and understand the importance of technological intervention in soil. This soil testing laboratory is a state of the art system and I am sure that the agricultural fraternity in Nagaland will benefit”. Shri G Kishan Reddy also paid homage to the brave Indian soldiers who were martyred in April 1944 during World War 2 at the Kohima War Cemetery in Kohima, Nagaland.This war cemetery is a memorial dedicated to soldiers who fought fiercely against the Japanese. Apart from this he also visited the traditional Hut at Kohima.Such traditional huts are majorly built from the materials found in the local forests and are ecologically sustainable.They are lightweight and fit well in the earthquake-prone North Eastern Region. “These huts are incredibly beautiful and indigenously built that reflect the rich culture and heritage of Nagaland”, he added on twitter. 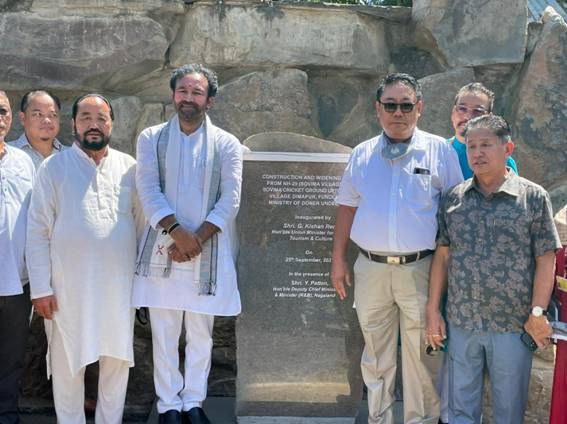 The Minister also inaugurated the construction and widening of a road from NH-29 connecting Sovima village with Thahekhu village in Dimapur, Nagaland.