This is the time this year when Samsung has set a new standard in 2021 by launching its flagship smartphone. The South Korean electronics company has brought a big and tremendous challenge. The company has introduced a new #MonsterReloaded device Samsung Galaxy M12 Has been announced. Earlier this week, Samsung challenged 12 celebrities to try and defeat the new monster. But, let’s face it, celebrities seem to be ready for it. Team M12 has taken up the challenge. And now they are ready to run out of 6000 mAh battery in Galaxy M12 smartphone. The True 48MP quad-camera offered in the 8nm Processor phone will help you capture stunning photos. Also, the device will come with amazing features like a 90Hz Refresh Rate.

Actress Sara Jane Dias started taking the Galaxy M12 with her Daily Morning Run. However, the 6000 mAh battery offered in the Galaxy M12 lasted for two and a half hours and the phone had 95% battery. So many apps were used this time around. The power capacity of the 8nmExynos Processor was tremendous. It seems that Galaxy M12 has completely won this #Monster Reloaded Challenge.

Actor Angad Bedi then started using this phone to beat the Galaxy M12. Angad Bedi makes great use of Samsung Galaxy M12’s True 48MP Quad Camera. But, the battery provided in this monster device was giving along tremendously.

The true 48-megapixel camera is great. It provides fast image output along with enhanced quality. This camera shows true capability in true resolution as opposed to the regular resolution. Such as lens clarity, framing position clarity, sensor size, and other factors that affect the quality of the image.

These are the factors that sometimes capture a low-quality picture from a so-called 48-megapixel camera. But, with the True 48MP lens provided in the Samsung Galaxy M12, you don’t have to worry about that. Because its camera sensor captures tremendous photos. Actor Angad’s Galaxy M12 revealed how capable the camera sensor is during the journey. But, they say, the challenge continues …

After this, the talented actress Sayani Gupta took the challenge. And decided to spend some time with his friend on a video call. It seems that the 8nm Exynos Processor keeps the Galaxy M12 cool even after a long video, intense photo session, and scrolling for a while. Also performs tremendously.

Galaxy M12 comes with a 90Hz Refresh Rate and a 16.55cm Infinity V Display. Which makes for great video calling and endless scrolling and bing sessions. After using the device from three challengers of Team M12, the phone had 89 percent battery left. Still, 9 Challengers will do their best to drain the battery of the phone.

Cricketer, athlete, actor, and VJ Varun Sood have already accepted the #MosnterReloaded challenge. We can’t wait to see that test. Those who plan to beat the battery of the Galaxy M12. Actress and director Shriya Pilgaonkar, actress Amyra Dastur, actor and writer Sumeet Vyas will also now come forward in this challenge. Social feeds will definitely create buzz next week. It remains to be seen how long Team M12’s other celebrities will take up the challenge.

Bigg Boss runner-up Asim Riaz, content creator Sayan Bakshi, actress Aahana Kumra, influencer Eesha Rebba and contestant of the last #MonsterChallenge, and our favorite actor Amit Sadh are also standing in line to beat Reloaded Monster. Who do you think will succeed? We all depend on #MonsterReloaded.

The price of the Galaxy M12 is yet to be unveiled. The phone comes with great features like True 48MP Quad Camera, 8nm Exynos Processor and 90Hz Refresh Rate along with 16.55mm Infinity-V display. The Samsung Galaxy M12 will be launched on March 11. As such, the M-Series tradition remains that the device Amazon. And Samsung.com Will be available for sale soon.

Advantages Of Applying Blockchain Technology In Any Industry 

Considering Buying Lithium Battery for Your Inverter? Remember These Points!

Why Find A Local SEO Agency To Get The Maximum ROI?

What Strategies Help In Retaining Users On Mobile Apps?

Does Instagram Notify you When you Screenshot a Story? 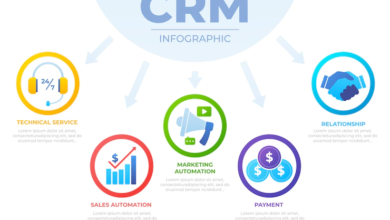 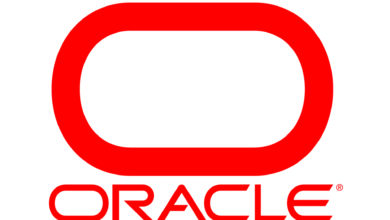 Know about Oracle EBS and OCI